In a media briefing after a meeting with PSB chiefs the Finance Minister said that the banks have sufficient liquidity, and are ready to lend to all sectors including medium and small-scale enterprises (MSMEs) 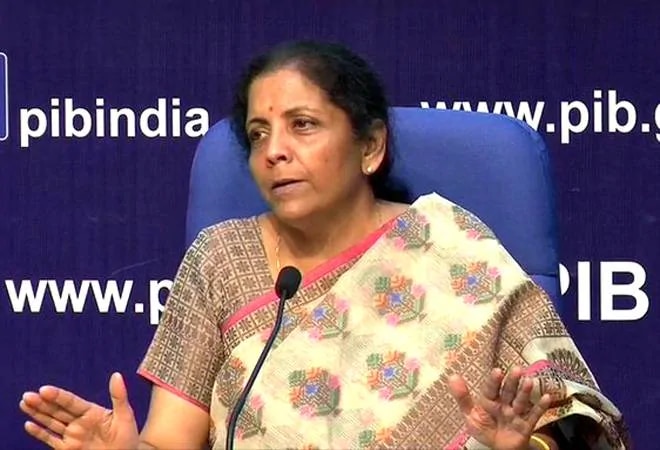 The recently-concluded loan mela organised by public sector banks from October 1 saw loans to the tune of Rs 81,781 crore being disbursed

The nine-day outreach programme or loan mela organised by public sector banks from October 1 saw loans to the tune of Rs 81,781 crore being disbursed, the Finance Ministry said on Monday. Of this, new loans accounted for Rs 34,342 crore.

"Credit across all sectors was given by banks," said Finance Minister Nirmala Sitharaman, be it agriculture loans or for vehicles. She added that all public sector banks (PSBs) are "flush with money" [liquidity] and are ready to lend to all sectors including medium and small-scale enterprises (MSMEs).

In a media briefing after a meeting with PSB chiefs, she said that efforts are being made to ensure that due payments are released to the MSME sector by large corporates. In order to ensure liquidity for small businesses, banks have also been asked to provide a bill discounting facility to the MSME sector against payments due from the large corporates.

Going by the returns filed by large corporates with the Ministry of Corporate Affairs, as much as Rs 40,000 crore is due to the MSME sector, said Sitharaman, adding that all efforts would be made to ensure that MSMEs get their dues ahead of Diwali. The festival falls on October 27 this year.

The PSBs will be conducting another outreach programme for four days starting October 21, according to Finance Secretary Rajiv Kumar. This programme is expected to address the liquidity concerns that have impacted consumption in recent times, amid the economic slowdown that has gripped India.

On Sunday, the World Bank slashed India's growth forecast for current fiscal to 6 per cent from the earlier prediction of 7.5 per cent in April. In its latest edition of the South Asia Economic Focus report, the bank noted that the economy  had experienced a significant and broad-based growth deceleration with a sharp decline in private consumption on the demand side and the weakening of growth in both industry and services on the supply side in the first quarter of 2019-20.

Significantly, the report added that the main policy challenge for India is to address the sources of softening private consumption and the structural factors behind weak investment. "This will require restoring the health of the financial sector through reforms of public sector banks' governance and a gradual strengthening of the regulatory framework for NBFCs, while ensuring that solvent NBFCs retain access to adequate liquidity," read the report.

Right time to buy a flat! Houses in India more affordable now than in 2010