Ambani was arrested along with executive assistant Kavita Mankikar and Senior Executive Arjun Patil in connection with the first FIR registered by the agency, in which 150 Letters of Undertaking (LoUs) worth Rs 6,498 crore are under probe. 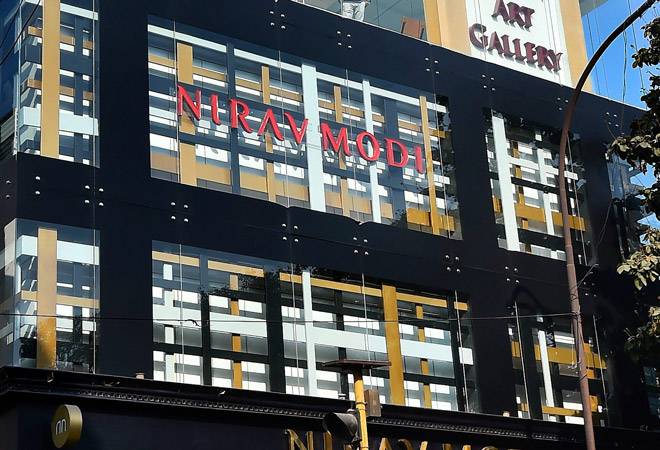 The CBI nabbed Vipul Ambani, the president (finance) of Nirav Modi's Fire Star Diamond, on Tuesday in connection with Rs 11,384 crore fraud in Punjab National Bank (PNB). This is the first high profile arrest made in the what the biggest corporate scam case in India.

Four other senior executives were also arrested by the agency in connection with two FIRs registered by it in the scam, they said.

Ambani was arrested along with executive assistant Kavita Mankikar and Senior Executive Arjun Patil in connection with the first FIR registered by the agency, in which 150 Letters of Undertaking (LoUs) worth Rs 6,498 crore are under probe.

An LoU is a guarantee which is given by an issuing bank to Indian banks having branches abroad to grant a short-term credit to the applicant. In case of default, the bank issuing the LoU has to pay the liability to the credit-giving bank along with accruing interest.

Mankikar was also the authorised signatory of three firms -- Diamond R US, Stellar Diamond, Solar Exports -- listed as accused in the FIR registered by the agency on January 31, they said.

All of them fled the country in the first week of January.

The remaining two -- Kapil Khandelwal, the CFO of Nakshatra group and Gitanjali group, and Niten Shahi, the Manager of Gitanjali group -- were arrested today in connection with the second FIR registered by the agency on February 15 against Choksi and his three companies, they said.

The probe in this case pertains to 143 LOUs worth Rs 4,886 crore fraudulently issued by the officials of the PNB.

The CBI today questioned an executive director of the Punjab National Bank along with nine other officials in connection with issuance of Rs 11,400 crore worth of guarantees to Modi and Choksi, officials said.

The analysis of documents recovered from the premises of Modi led the CBI to a palatial bungalow-cum farmhouse in Alibaugh, a weekend getaway of celebrities in the business world and bollywood from Mumbai, where the agency started searches this afternoon, they said.

The CBI probe is led by a joint director-level officer who is considered to be an ace investigator of financial crimes and has handled mammoth financial frauds having tentacles in multiple states.

During the questioning of three PNB officials, Bechhu Tiwari, Yashwant Joshi and Praful Sawant, arrested yesterday, it emerged that they were trying to shift the blame on their colleagues -- Gokulnath Shetty (retired official) and Manoj Kharat -- arrested earlier, they said.

The three officials were presented before a special court in Mumbai which sent them to CBI custody till March 3.

The officials said Tiwari, Joshi and Sawant were entrusted to cross-check and verify intimations sent to SWIFT messages and upload them on PNB's core banking solutions system on daily basis which they allegedly did not do.

Shetty and Kharat allegedly sent messages of the LoUs using an international messaging system for banking systems called SWIFT (Society for Worldwide Interbank Financial Telecommunication), which is used to pass instructions among banks globally to transfer funds, but did not make entries in the bank's system to avoid detection.

Based on these instructions and guarantees, funds were released by overseas branches of Indian banks.

The agency has found that Joshi, who was a scale-II officer in the forex department during 2015-18 allegedly did not deliberately submit daily reports in respect of SWIFT messages. He allegedly aided and abetted in the conspiracy to cheat PNB, officials said.

Sawant, a scale-I officer, posted in the forex department of the bank between 2015 and 2017, did not "deliberately" check the details of SWIFT messages sent daily and whether the same were entered in the core banking solutions system of the bank.

The agency said their "deliberate acts" of omission in collusion with Shetty and Kharat led to the continuance of concealment and large scale liabilities of PNB to the foreign banks.

One of the biggest financial scams of the country surfaced when companies of Nirav Modi and Mehul Choksi approached the PNB's Brady Road branch, Mumbai, in January this year seeking LoU for payments to suppliers.

The official handling the case sought 100 per cent cash guarantee before any such letters could be issued to which the company officials said no such guarantee was sought in the past.

The official checked the records which did not show such LoUs to Nirav Modi or Choksi's company which led to suspicion.

It is alleged that Shetty, for the last seven years, was bypassing core banking system of the PNB and issuing LoUs fraudulently.

The CBI has registered two cases -- involving Nirav Modi and Mehul Choksi -- pertaining to 150 LoUs worth Rs 6,498 crore and the second one involving 143 LOUs worth Rs 4,886 crore.

Will steel king LN Mittal and the Ruias both lose the tug-of-war over Essar Steel?