The government on Wednesday opposed a plea seeking an independent SIT probe and deportation of celebrity jeweller Nirav Modi in the Supreme Court, saying an FIR has already been filed and a probe was on. 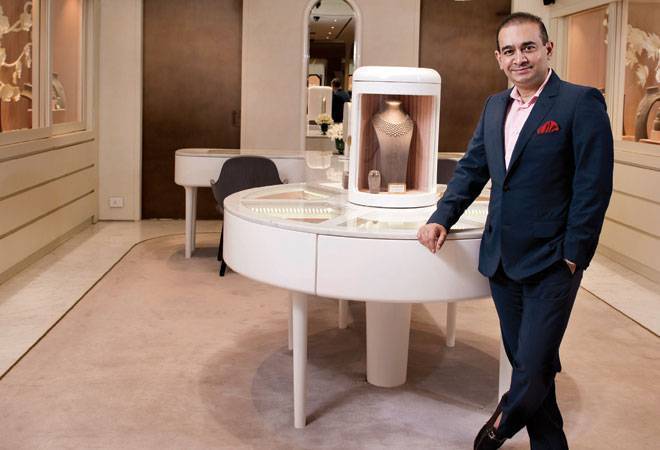 The government on Wednesday opposed a plea seeking an independent SIT probe and deportation of celebrity jeweller Nirav Modi in the Supreme Court, saying an FIR has already been filed and a probe was on. The PIL, filed by lawyer Vineet Dhanda in the Rs 11,400 crore PNB fraud, has now been listed for further hearing on March 16.

A bench comprising Chief Justice Dipak Misra and Justices A M Khanwilkar and DY Chandrachud said it would not say anything on the matter now. Attorney General K K Venugopal, appearing for the Centre, said he was opposing the PIL on various grounds, including that an inquiry has started after the FIR was registered.

The PIL has made Punjab National Bank, Reserve Bank of India and the ministries of finance and law and justice as parties. It has sought a direction for initiation of deportation proceedings against Nirav Modi and others allegedly involved in the banking fraud, preferably within two months.

The plea has asked for a special investigation team (SIT) to probe the banking fraud, allegedly involving billionaire jewellers Nirav Modi and Mehul Choksi. It has also sought a probe into the role of the top management of the Punjab National Bank (PNB).

Making its first big arrest in the PNB fraud, the Central Bureau of Investigation (CBI) on Tuesday arrested Vipul Ambani who worked as the president (finance) of Nirav Modi's Firestar Diamond. The high profile arrest in the Rs 11,400 crore banking scam comes close on the heels of Nirav Modi's letter to the Punjab National Bank in which he claimed his brother Nishal and wife Ami were 'wrongly named' in the FIR.

The CBI has also arrested a General Manager-rank officer of the Punjab National Bank posted at the bank's head office in New Delhi in connection with PNB fraud. Rajesh Jindal, who was the head of the Brady House, Mumbai, branch of the bank during 2009-11, was taken into custody on Tuesday night. Jindal is presently posted as GM, Credit, PNB Head Office, New Delhi.

Meanwhile, bank officers union All India Bank Officers Association (AIBOA) said, "How the checks and balances are appropriately operated by the bank at the highest level of operation, and how RBI arms were a mute spectator, are the subject matter of investigation."

It said the exposure to the gem & jewellery sector and also foreign exchange dealings are reported to the board, which has representatives of both the RBI as well as government. Wondering how the scam went undetected, it said a branch dealing with foreign exchange is subjected to a "foreign exchange audit" by the bank as well as by the Reserve Bank regularly.

Ever since the PNB scam has unfolded, security agencies have begun its crackdown on the properties of Nirav Modi and his uncle Mehul Choksi, but have been clueless about their whereabouts. The fraud revelation that started from Rs 280 crore has now reached over Rs 11,400 crore, and agency officials have already warned of many more skeletons in the closet. Business Today brings you the top 10 details on how far the case has moved so far.

1. The CBI booked billionaire diamond merchant Nirav Modi, his brother Nishal and wife Ami, and business partner and maternal uncle Mehul Chinubhai Choksi on February 5 for allegedly cheating Punjab National Bank of over Rs 280.7 crore during 2017. All of them were partners or linked with Nirav Modi's companies, Diamon R US, Solar Exports, Stellar Diamonds, and allegedly conspired with PNB officials to cause 'wrongful loss'.

2. PNB MD Sunil Mehta's press conference sent shockwaves across country on February 14 when he said the bank had detected another "fraudulent and unauthorised" transaction worth Rs 11,400 crore, eight times than the PNB's annual net profit of Rs 1,324 crore during 2016-17, at its Brady House branch in Mumbai. The bank approached the CBI with another FRI on February 13. The PNB complaint also stated that Mehul Choksi and his companies also caused a loss of Rs 4,886 crore to the bank.

3. Nirav Modi was ranked 57 in Forbes India's Richest People List 2016, with a net worth of $1.74 billion. He founded Nirav Modi chain of diamond stores across the globe, including Hong Kong, Macau, Kula Lumpur and Malasia, under parent company Firestar International. Famous for his glitzy style of branding, his designs have been worn by 'Hidden Figures' star Taraji P, Dakota Johnson, Kate Winslet. Bollywood's very own Priyanka Chopra and actor Sidharth Malhotra were brand ambassadors for his jewellery line.

4. A total of 500 LOUs were issued fraudulently by PNB officials to Nirav and Mehul, which they encashed overseas from private as well as public sector banks. These LoUs issued were encashed from Allahabad Bank's Hong Kong branch, Axis Bank's Hong Kong branch, SBI's Mauritius and Frankfurt branches, BOIs Antwerp branch and Canara Bank's Bahrain branch. In fact, the duo took LoUs further to fund the LoUs they took since 2011 and the trail now goes up to seven years back when it all started. As of now the case has been registered against the 151 LoUs taken in 2017, which amounts to Rs 3,312 crores in 2017 alone.

5. As of now, the CBI has arrested three six PNB officials the Rs 11,384 crore scam. The ED searched Nirav Modi's Mumbai residence at Samudra Mahal apartments in Worli on Monday, and seized fresh assets worth Rs 22 crore, taking the total seizure to Rs 5,716 crore as raids continue across the country. Stores and facilities of Nirav Modi's company across the country have been raided to find evidence in the case. The CBI has questioned around 13 officials from PNB, of which one is General Manager Rajesh Jindal who was in-charge at the Brady House branch of the PNB in 2011.

7. Global credit rating agencies Moody's Investor Service and Fitch Ratings have warned the PNB of rating downgrades, citing likely networth erosion and widening losses at the second largest state-run lender. The Rs 11,400-crore fraud has raised questions on both internal and external risk controls at PNB as well as the quality of management supervision at the regulatory level.

9. The diamantaire left the country along with his family in January first, around a month before the PNB lodged a complaint against his company. In fact, Nirav Modi changed his status to Non Resident Indian (NRI) in 2017. A November-2017 resolution by ANM Enterprises shareholders mentions him as an NRI with an address in Dubai, UAE. This begs the question of why he has given a Dubai address. Does Modi plan to take shelter in UAE?

10. Referring to the valuables worth Rs 5,649 crore, which raids by the CBI and ED have yielded, Nirav Modi said: "These and other assets of the group, and the three firms could have settled all the amounts due to banks. However, now that stage appears to have passed." He added the bank has wrongly named his brother and wife, who are not connected with any business operations. "My uncle is also wrongly named in this complaint since he has an independent and unconnected business and none of them are aware or concerned with my dealings with your bank."

Is the hardly-heard Banks Board Bureau headed for the end of the road?