BPCL's market value has tumbled about 24 per cent in the last one month to Rs 79,000 crore because of the coronavirus-induced crash in Indian stock market and dip in crude oil prices 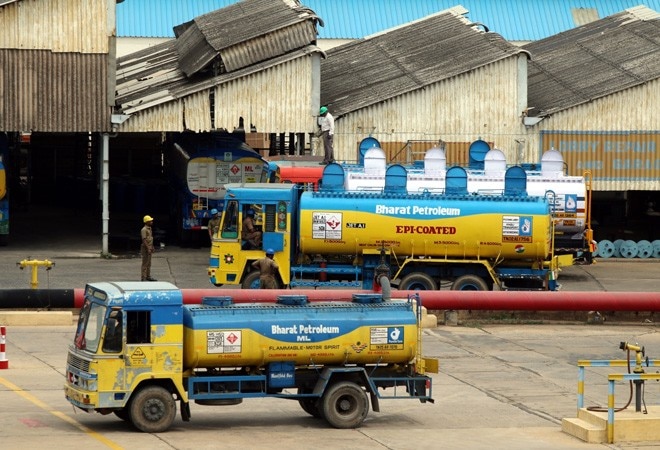 The government's plan to sell its entire 52.98 per cent stake in Bharat Petroleum Corporation (BPCL) is likely to be delayed because of the unexpected crash of global stock markets post coronavirus causalities and the crude price dip after Saudi Arabia unleashed crude price war with Russia. BPCL's market value has tumbled about 24 per cent in the last one month to Rs 79,000 crore because of the Indian stock market crash. The crude price crash has played a role in the fall of BPCL's market value. Also, the falling market will affect the appetite of the buyers in going for a big-ticket acquisition, industry experts say.

On March 7, the government had invited initial bids for sale of its entire stake in BPCL. The bidders will have to submit their expressions of interest (EoI) by May 2. The interested parties need to have a net worth of $10 billion to qualify as a bidder.

"The global oil majors have suddenly become cautious about the crashing oil prices and coronavirus impact on the economies. For the Indian bidders, the fundraising will become an issue because of the negative market conditions," said a banker with an American bank.

Earlier, Vedanta group chairman Anil Agarwal has evinced interest in acquiring the public sector refining and marketing company. Agarwal, however, was not happy with the high valuation. BPCL's market capitalisation had shot up 70 per cent in one and a half months in August-September 2019 because of government's privatisation plans. At present, the share price is back to previous levels at Rs 364, compared to last one year peak of Rs 549.

There were reports that Saudi Aramco might bid for BPCL. But the oil giant, which is controlled by the Saudi kingdom, has been waging wars at multiple levels to dominate the global energy scenario. "If they find BPCL as a strategic fit, they will submit their EoI," said analysts. Aramco has recently slashed its crude pricing for Asia region by $4-6 per barrel for April to push its crude oil into the market. BPCL and the other Indian state-owned refiners are Aramco's crude buyers in India.

At the Monday closing price of BPCL, the government's 52.98 per cent stake is worth about Rs 42,000 crore. The crude price fall reduces the crude procurement costs of BPCL, but the gains will be offset by inventory losses, which the refining company earlier bought at higher costs. The general softness in demand in India will also restrict the gains.

The economic activities in India are facing slowdown for the last one year. During the first nine months of this financial year until December 2019, the GDP has grown 5.1 per cent, against 6.3 per cent in the same period of FY19. The country's fiscal deficit in April 2019-January 2020, at Rs 9.85 lakh crore, stood at 128.5 per cent of the government's revised full-year target of Rs 7.66 lakh crore. So selling its stake in BPCL is critical for the government too.

ALSO READ:Crude oil price to slide in near term: Key things to know