Renewable power installed capacity has already reached over 70 GW taking the country to the 5th rank globally and another 40 GW is under construction or has been tendered. 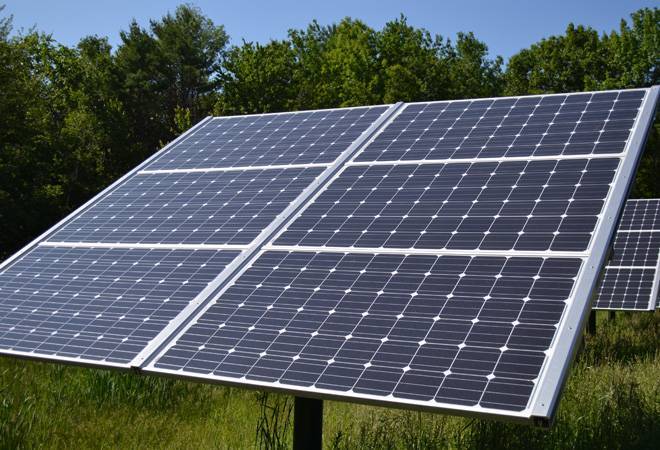 The latest data from the Ministry of New and Renewable Energy tells an impressive story. Solar energy capacity has gone up from 2.63 GW in 2014 to 22 GW currently, an eight-fold increase. Last year India attained the fourth position globally in installed wind power, and our capacity has increased from 21 GW to 34 GW in the past four years. Renewable power installed capacity has already reached over 70 GW taking the country to the 5th rank globally and another 40 GW is under construction or has been tendered.

"We are well on track to achieving 175 GW target of installed renewable energy capacity," the ministry said in a statement yesterday, adding that "Trends suggest that the target will not only be achieved but exceeded."

In fact, according to The Economic Times, India will add 227 GW of renewable energy capacity by March 2022. In the bargain it might even scale up its ranking to the top three countries making investments in the sector, but that additional 52 GW capacity would reportedly demand an investment of $50 billion over the next couple of years.

Undaunted, the ministry is busy rolling out new schemes, some in the advanced stages of being launched. Like the Rs 1.4 lakh-crore Kisan Urja Suraksha evam Utthaan Mahaabhiyan (KUSUM) scheme that is aimed at harnessing solar power for rural India. The scheme covers installation of 27.5 lakh solar pumps, installation of 10 GW of solar power plants - each plant boasting intermediate capacity of 0.5-2 MW - and solarization of tube-wells and lift irrigation projects. In addition, a new scheme for deployment of rooftop solar power in the country called SRISTI (Sustainable Rooftop Implementation for Solar Transfiguration of India) is being formulated.

"We have waived the Inter State Transmission System charges and losses for inter-state sale of solar and wind power for projects to be commissioned by March 2022. This will encourage setting up of the projects in states that have greater resource potential and availability of suitable land," said the ministry. This will also help in creating a pan-India renewable power market, as any generation in excess of the state's own requirement could be transmitted to the resource-poor states without any additional financial burden.

Significantly, the ministry claimed that investments of over $42 billion have been made in renewable energy during the last four years and that the projects set up in the space during this period have created around 10 million man day's employment per annum. "New opportunities have emerged - altogether a new business space has been created. Indian companies have begun to explore foreign stock exchanges as a source of funds. India is progressively becoming a most favored destination for investment in renewables," it added.

"But there are concerns of excess capacity, energy demand and implementation of the plan," Amit Kumar, partner-renewables at PwC India, told the daily. In a similar vein, Association of Power Producers Director General Ashok Khurana pointed out that new capacity addition needs to be demand-driven - at 175 GW renewable capacity, the National Electricity Plan had projected average utilisation of thermal projects at 58 per cent and that will fall more at 227 GW.

While India will have to focus on sorting out these concerns, Kumar predicts that China will continue to be the top renewable energy generator and the US is likely to be on the second position, despite the declining policy support.