India unlikely to face oil crisis even if Iran, US turn to war: experts

India may not face crude oil shortage if the tensions in the middle east escalate even to a war, as many countries such as Saudi Arabia, Venezuela or other Mediterranean and Middle East countries can assure supplies to the country 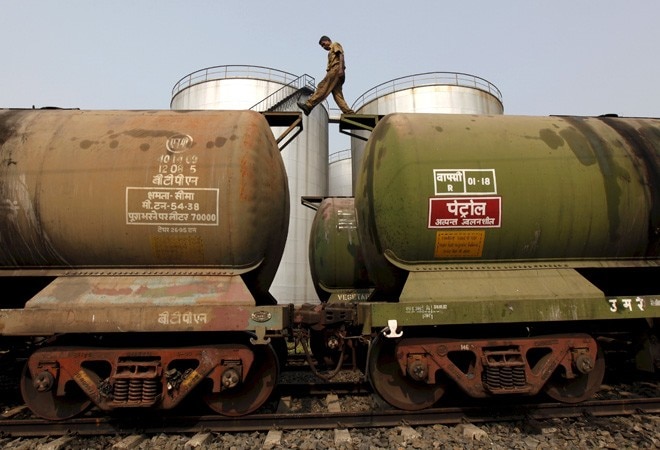 Following Iran's missile attack on the US-led forces in Iraq early today and the mounting political tensions in the Middle East, the spiralling crude oil prices may cause a negative impact on the Indian economy in the long run, but not in the short to medium term period, say experts.

The international crude oil prices breached the $70 per barrel mark today, although cooled off later in the day. Brent crude futures rose 97 cents to $69.24 by around 0403 GMT, after earlier rising to $71.75, the highest since mid-September 2019. However, oil retail prices in India remained unchanged after rising consistently during the week. The petrol price is at Rs 75.74 per litre in Delhi today and Rs 81.33 per litre in Mumbai.

Experts believe India may not face crude oil shortage if the tensions in the middle east escalate even to a war, as many countries such as Saudi Arabia, Venezuela or other Mediterranean and Middle East countries can assure supplies to the country. However, increase in prices could affect India's fiscal deficit and consumer price index in the long run, they say.

ALSO READ:Oil-linked stocks fall up to 4% amid Iran-US tensions

"The current spike in crude price is a temporary phenomenon and is a reaction to the developments in the Middle East. As far as availability is concerned, it is not an issue for India, but continued higher prices will have an impact and will be bad for the health of the economy," says Deepak Mahurkar, leader, oil and gas, PwC India. He notes that an expert committee formed a few years ago, which looked into the impact of crude oil prices going up by 10 per cent, had assessed while inflation could be contained and limited to about 10 per cent, the most affected sectors could be agriculture and manufacturing in the long term. Overall consumption could go down, but that won't affect the fundamentals of the economy.

In the new year, retail petrol prices have gone up by 60 paise while that of diesel by 83 paise. Oil retail prices in India are determined on a daily basis and are announced every morning at 6 AM. The pricing formula involves 80 per cent of import price and 20 per cent of export price of the fuel depending on the international benchmark prices. Crude oil prices can have more than 10 per cent impact on the Wholesale Price Index (WPI) and inflation. But with retail inflation at a three-year high of 5.5 per cent and retail food inflation at 10.5 per cent, any further hike in crude oil prices could have a negative impact in the long run, they say.

India imports more than 80 per cent of its oil requirements and imports 4.5 million barrels of oil per day. The country purchases two-third of its crude from the Gulf with Iraq the top supplier. India imported 207.3 million tonne of crude oil in 2018-19, spending $111.9 billion, up from $87.8 billion in 2017-18. Every dollar increase in crude prices will increase India's annual oil import bill by over $1.6 billion, according to an analysis by CARE Ratings.

Oil price hikes are generally regarded as one of the main reasons for inflation and a fall in economic growth. In case of fiscal deficit, a $10 per barrel increase in crude prices leads to a maximum additional spending of $12.5 billion, assuming no changes in taxes and no-pass through of higher prices to consumers, according to a Reserve Bank of India (RBI) assessment last year. The current account deficit was at $6.25 billion during the September quarter compared to a deficit of $19.03 billion in the same quarter of the previous financial year. The analysts say it is difficult to quantify losses or the impact on current account deficit or fiscal deficit at this point of time.

Analysts feel the tension could ease as long as oil production facilities in Iran and the Middle East or the US remain unaffected by attacks.