Given that Vedanta's Tuticorin copper smelter plant produced about 40% of India's copper output, its closure caused output to dip 46% in the last fiscal, forcing the country to turn a net importer of the metal. India used to be a net exporter of copper cathodes till FY18 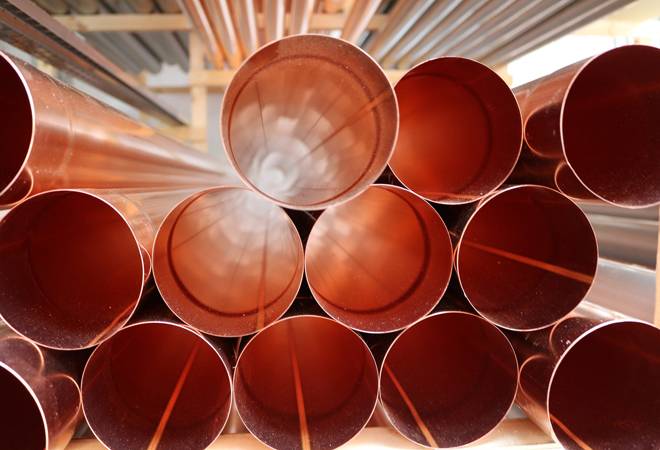 The closure of Sterlite's Tuticorin copper smelter plant has not only shaved off $200 million from parent Vedanta Ltd's bottomline, but also had a ripple effect on the economy. Given that the 400,000-tonne plant in Tamil Nadu produced about 40 per cent of India's copper output, its closure has forced the country to import copper, spending precious foreign exchange in the bargain. In fact, according to Care Ratings, India turned a net importer of refined copper in the last fiscal, after 18 years.

"India used to be a net exporter of copper cathodes till FY18," Care Ratings said in a recent report, adding domestic production of refined copper grew at a compound annual growth rate (CAGR) of 9.6% between 2013-14 and 2017-18. But with the closure of the Tuticorin plant, output fell by 46 per cent during FY19. Moreover, while exports fell by 87.4 per cent in the last fiscal, imports shot up by 131.2 per cent.

The Tamil Nadu government had in May last year ordered permanent shutdown of the copper smelter after bloody protests culminated in police opening fire on demonstrators. As many as 20,000 direct and indirect jobs were reportedly lost due to the plant's closure, and over 98,000 more were affected in the consumer or downstream industries.

India imported refined copper from Japan, Congo, Singapore, Chile, Tanzania, the UAE and South Africa during 2018-19, and sold the metal to China, Taiwan, Malaysia, South Korea and Bangladesh. According to experts, imports of refined copper shot up to touch Rs 14,000 crore last year. The planned shutdowns by two other manufacturers - Hindalco and Hindustan Copper -also affected the country's output.

This is bad news for downstream copper products makers such as copper wire makers and motor manufacturers, since raw material cost accounts for a lion's share of their total cost of production. "Our cost of production has increased by about 1 per cent, but even a 1 per cent increase amounts to a lot in downstream manufacturing since more than 90 per cent of our cost is incurred on raw materials," Shyam Sundar Rathi, chairman of Vidya Wires, a local manufacturer of copper wires, told The Economic Times. He added that despite a slight slowdown in demand for the metal in the past 3-4 months, there is still a shortfall of supply.

According to Pankaj Kumar, CEO of Sterlite Copper, Vedanta has put Sterlite Copper's expansion plans on hold at the moment. "All efforts right now are directed towards reviving the plant," he told the daily. In other words, the company is not looking at a different site for the plant as of now.

Vedanta had challenged the closure order through an appeal before the National Green Tribunal (NGT), which in December 2018 ruled that the Tamil Nadu government's order was "non-sustainable" and "unjustified". However, the Supreme Court in February set aside the tribunal's order on the grounds of maintainability and directed Vedanta to file a writ petition before the Madras High Court. The latter is reportedly expected to take the matter up for hearing in the first week of December.