Saudi Aramco's IPO which was set to be the largest in the history was expected to be launched in late November. 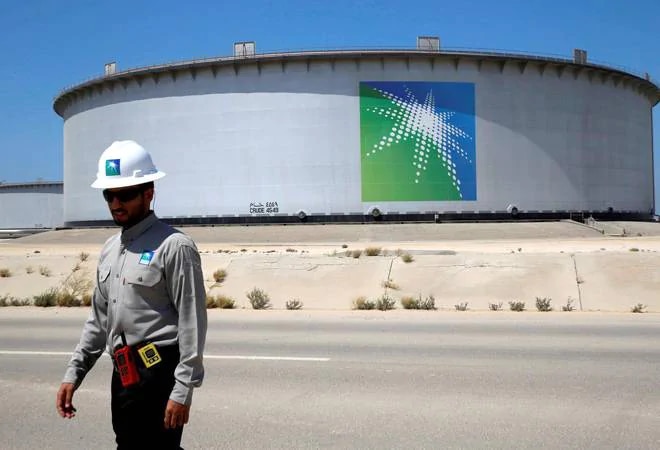 World's largest oil firm Saudi Aramco has delayed the planned launch of its initial public offering (IPO). Saudi Aramco's IPO which was set to be the largest in the history was expected to be launched in late November. Aramco, which pumps about 10% of the world's crude oil emerged as the world's most profitable company in 2018.

The Saudi oil giant's financial books revealed that it earned a net income of $111.1 billion last year, confirming that it is the world's most profitable company by far, as per extracts from Aramco's accounts published by Fitch Ratings.

The company generated earnings before interest, tax and depreciation of $224 billion last year, Fitch said, which is remarkably above the $82 billion of Apple or the $40 billion of Exxon Mobil. The credit rating agency awarded Aramco A plus  ratings ahead of its debut in the international bond market.

But the oil giant seems to be on a sticky wicket this year when it comes to its debut to sell 2% stake on the domestic exchange in Riyadh followed by another chunk later.

"The company continues to engage with the shareholders on IPO readiness activities. The company is ready and timing will depend on market conditions and be at a time of the shareholders," Saudi Aramco said last week.  Now, the IPO is likely to be launched by December end or early next year. Saudi Aramco has hired nine banks as joint global coordinators to lead its IPO.

Earlier this year, Aramco raised $12 billion in its first international bond, gaining more than $100 billion in demand, in a deal that many saw as a pre-IPO relationship-building exercise with international investors.

According to a Reuters report, the IPO launch has been delayed in hopes that pending third-quarter results will bolster investor confidence in Saudi Aramco. The oil giant wants to reassure investors of its solid financial performance after a September 14 attack on its Abqaiq and Khurais plants temporarily knocked out half its crude output.

The attack initially knocked out 5.7 million barrels per day (bpd) of production, or more than 5% of global oil supply.

Crown Prince Mohammed bin Salman first announced plans for a partial IPO in 2016. The world's most profitable company plans to list in Saudi Arabia and on an international exchange.

Aramco halted plans for a blockbuster international listing of around 5% last year amid debate over where to list overseas, but talks resumed this summer.

Salman in 2016 insisted that the world's largest oil producer was worth $2 trillion but at a meeting to clear way for the IPO, bankers made it clear that international investors had little appetite to buy at $2 trillion valuation.