64 lakh trained under Skill India but only 14.5 lakh got jobs

Out of 64.27 lakh people who trained under Modi government's ambitious Pradhan Mantri Kaushal Vikas Yojana (PMKVY), only 14.43 lakh people got placements. This indicates that only 22.45 per cent have secured placement under PMKVY, which was launched by Prime Minister Narendra Modi in 2015 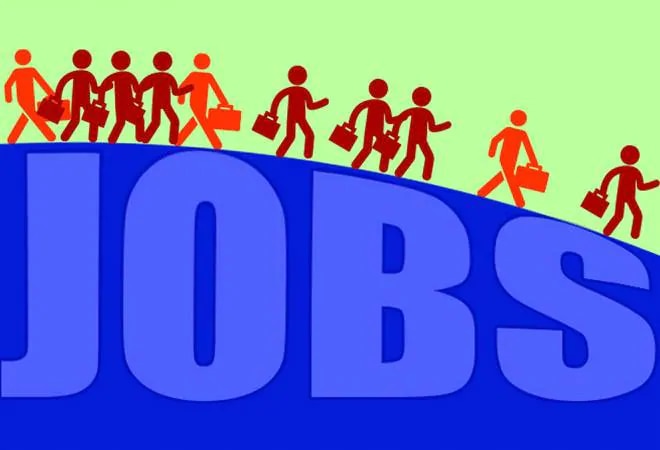 Despite the government's commitment to make India a $5-trillion economy in five years from now, fears of an economic slowdown and job cuts are indication that India has an uphill task at hand.

Government has now revealed out of 64.27 lakh people who trained under Modi government's ambitious Pradhan Mantri Kaushal Vikas Yojana (PMKVY), only 14.43 lakh people got placements. This indicates that only 22.45 per cent have secured placement under PMKVY, which was launched by Prime Minister Narendra Modi in 2015, under the Skill India Mission. Under the Skill India Mission, the government is implementing various schemes to provide employable skills to the youth through short-term and long-term training.

Operated under the Ministry of Skill Development and Entrepreneurship MSDE, the objective of the PMKVY programme is to provide employable skills to 1 crore youth over four years (2016-2020). Launched by the MSDE, the National Skill Development Corporation (NSDC) has taken up multiple initiatives to connect with industries for partnership under the Skill India Mission.

"38 sector skill councils have been set up as industry led bodies which help in training need analysis, curriculum development, rolling out of training and assessment and certification," the Minister of State for Skill Development and Entrepreneurship R.K. Singh said in a written reply in the Lok Sabha on Monday.

The minister informed the House that in order to enhance employability of trainees graduating from Industrial Training Institutes (ITIs), from the session 2019-20, duration of curricula of employability skill has been increased from 110 hrs to 160 hrs in the first year of the course. Adding to it, web based employability skills would be of an additional component of 80 hrs in 2nd year, he said.

"The development of training schemes at National level, the evolution of policy, laying of training standard, norms, conducting of examinations, certification, etc. are the responsibilities of the Central government, whereas, day to day administration including an admission in ITIs rests with the respective State Governments/UTs," R.K. Singh said.

Presently, training courses under the Craftsmen Training Scheme are being offered through a network of ITIs located all over the country with total trainees enrolled 22.82 lakhs (in the trades of 1 year and 2 year durations) on NCVTMIS portal, he added.

Recently, a study by Azim Premji University showed that total employment in India dropped by 90 lakh between 2011-12 and 2017-18, a first in the country's history. The new academic paper titled 'India's Employment Crisis: Rising Education Levels and Falling Non-Agricultural Job Growth' said that employment fell from 474 million in 2011-12 to 46.5 crore in 2017-18. "Total employment during 2011-12 and 2017-18 declined by 90 lakh. This happened for the first time in India's history," the study said.