The data showed the service sector is the only industry that is "driving the growth jobs in the non-farm sectors, while employment growth in construction has decelerated along with a fall in manufacturing employment during 2011-12 and 2017-18" 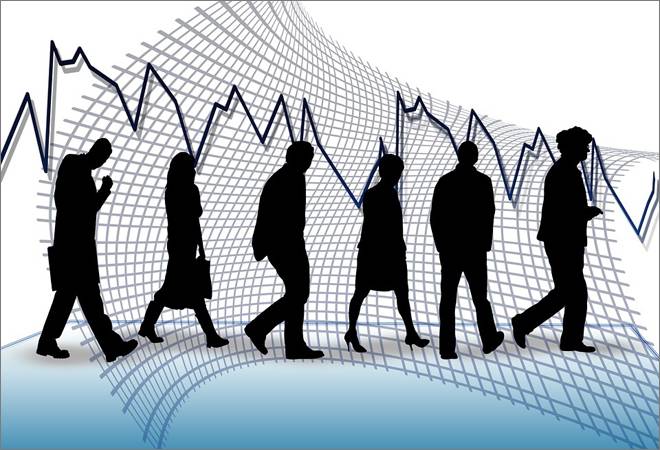 According to the report, the labour force (those looking for work) increased only by about 10 million to reach 495 million during 2017-18.

Total employment in India dropped by 9 million between 2011-12 and 2017-18, a first in the country's history, a paper published by Azim Premji University says. The new academic paper titled 'India's Employment Crisis: Rising Education Levels and Falling Non-Agricultural Job Growth' said that employment fell from 474 million in 2011-12 to 465 million in 2017-18. "Total employment during 2011-12 and 2017-18 declined by 9 million. This happened for the first time in India's history," the study said.

The paper is written by Santosh Mehrotra and Jajati K Parida and published by the Centre of Sustainable Employment at the Azim Premji University.  Mehrotra teaches Economics at Jawaharlal Nehru University while Parida is a Professor at the Central University of Punjab.

"The Indian economy is passing through an unprecedented phase in its employment history, in which total employment (Workforce) is declining, and open unemployed and disheartened Not-in-Labour Force-Education-Training" (NLET) youth (a reserve army) are rising massively," the paper added.

Some of the key conclusions of the report:

There was a marginal rise in the share of regular and formal employment owing to the growth of formal jobs in the private sectors. Despite the increase, the share of informal jobs rose within the government/public sector. Meanwhile, a predominant share of jobs is still generated by the micro and small units of the unorganised sectors without any formal or written job contract, the study revealed.

"Though the share of regular and formal employment increased marginally due to growth of formal jobs in the private sectors, the share of informal jobs within the government/public sector increased. A dominant share of jobs is still generated by micro and small units of the unorganised sectors without any formal or written job contract. In both government and private sectors, the number of contract jobs (with less than a year's contract) is on the rise post-2011-12. Not surprisingly, real wages have not increased in either rural or urban areas," the report disclosed.

The data showed the service sector is the only industry that is "driving the growth jobs in the non-farm sectors, while employment growth in construction has decelerated along with a fall in manufacturing employment during 2011-12 and 2017-18." Although the job market has witnessed sluggish demand conditions, the increasing influx of youth (who have recently completed their education and training) on the supply side has led to a massive rise in the "number of open unemployed and disheartened labour force."

Falling employment in agriculture and manufacturing

The agriculture sector kept the momentum of continued decline in employment level at the rate of 4.5 million per annum (around 27 million in total) during 2011-12 and 2017-18. The report further stated that the share of employment in agriculture and allied sector also declined from 49 per cent to about 44 per cent. Meanwhile, the manufacturing sector also registered a 3.5 million decline in jobs during the said period leading to a fall in its share of employment from 12.6 to 12.1 per cent. "The non-manufacturing sector (mostly construction ) which was creating about 4 million jobs per annum during 2004-05 and 2011-12, created only about 0.6 million pa during 2011-12 and 2017-18," the report added.

According to the report, the labour force (those looking for work) increased only by about 10 million to reach 495 million during 2017-18.

This is because both Labour Force Participation Rate (LFPR, or share of those in working-age looking for work) and Work Participation Rate (WPR, or share of those looking for work actually finding work) declined from 39.5 per cent to about 37 per cent, and 38.6 percent to about 34.7 percent respectively between 2011-12 and 2017-18.

The slow growth of non-farm jobs and the rising open unemployment together have resulted in a massive increase of disheartened youth, said the report. "Youth Not in Labour Force, Education and Training (NLET)" increased in India by about 2 million per annum during 2004-05 and 2011-12, which further increased by about 3 million per annum in 2011-12 and 2017-18. About 100.2 million youth declared themselves as NLET during 2017-18," the report enunciated.

The states with a higher incidence of unemployment have also reported a large number of disheartened labour force in the form of NLET youth. Uttar Pradesh ranked top among the states having about 21 million NLET youth in 2017-18  followed by Bihar, West Bengal, Maharashtra, Madhya Pradesh, Andhra Pradesh, Rajasthan, Gujarat, Karnataka, Tamil Nadu, Odisha, Jharkhand and Assam.

Micro and small enterprises still hold the key role in creating jobs- The report stated that the overall growth in non-farm sector employment is driven by enterprises which hire less than 10 workers in India. These enterprises contributed about 68 per cent of the total non-farm employment during 2017-18. In manufacturing their share is 61 per cent, while in non-manufacturing and services their share is about 66 and 71 per cent respectively during 2017-18.

"This result shows why the share of informal and un-organised sector employment are still so high in India, despite a rise in the number of registered enterprises. Because even though these enterprises might have registered themselves under GST to continue their business (and pay sale tax), but they could not provide employment with social security benefits to their employees because of the size of their business," it said.