Last year in September, Novavax had announced its deal with Serum Institute in order to produce 2 billion doses of COVID-19 vaccines 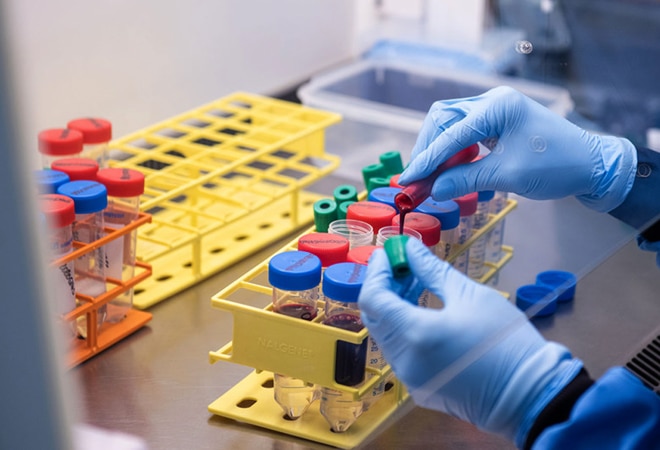 Novavax's protein-based coronavirus vaccine was 89.3 per cent effective in preventing coronavirus in a trial conducted in the UK

After successfully manufacturing the University of Oxford-AstraZeneca's Covishield vaccine in India, Serum Institute of India (SII) has now applied to India's drug controller to conduct a trial of Novavax Inc's COVID-19 vaccine. Serum Institute's CEO Adar Poonwalla told news agency Reuters that he is expecting a decision on the Indian trial on Novavax's vaccine soon.

Last year in September, Novavax had announced its deal with Serum Institute in order to produce 2 billion doses of COVID-19 vaccines.

"We have already applied to the drug controller's office for the bridging trial, a few days ago," Poonawalla said. "So they should also give that approval soon now."

The Maryland-headquartered company said that its NVX-CoV2373 protein-based coronavirus vaccine was 89.3 per cent effective in preventing coronavirus in a trial conducted in the UK. Novavax said that it enrolled 15,000 people from different age groups 18-84 years for the trial. The company added that the trial is expected to be used to apply for regulatory review in Britain, European Union, and other countries.  In the South African part of the trial, where most of the cases were the South African variant of the virus, the vaccine was 60 per cent effective among those without HIV.

A 30,000-person trial in the US and Mexico that began in December also is underway.

The company has received $1.6 billion from the US government in funding for the vaccine trial and for 100 million doses.  Novavax has also received at least $388 million in backing from the Coalition for Epidemic Preparedness Innovation (CEPI), a Norway-based group backed by 14 governments, the Bill and Melinda Gates Foundation, and Britain's Wellcome Trust for the vaccine development.

Novavax's is a more conventional protein-based vaccine, an approach similar to that used by Sanofi to make its Flublok seasonal flu vaccine. The Novavax vaccine works with the company's proprietary Matrix-M adjuvant used to boost its efficacy.