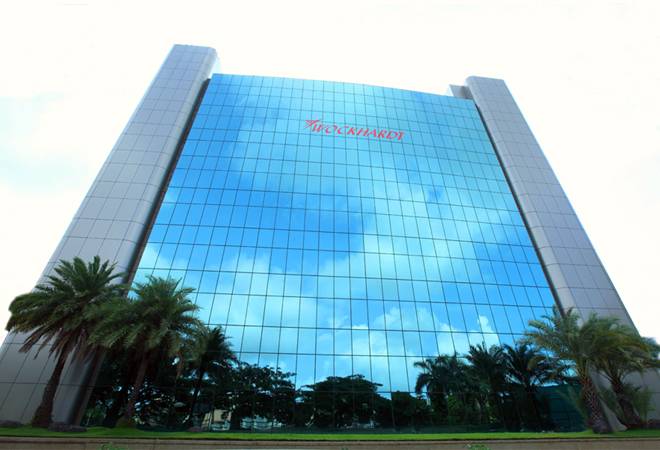 The two new antibiotics that have been developed after researching for over 20 years will target superbug-like Methicillin Resistant Staphylococcus Aureus (MRSA), which is a leading cause of rising antimicrobial resistance (AMR). The approval was based on the phase-III study involving 500 patients in 40 centres across India. Wockhardt that was among the top five domestic drug-makers a decade ago said these are the first novel chemical entity antibiotics researched and developed in India with various international collaborations across globe. While the non-clinical and phase-I clinical studies have been undertaken in the US, Europe and India, the phase-II and Phase-III clinical studies were done in India. Following the announcement, Wockhardt's shares advanced 14 per cent intraday and settled with nearly 6 per cent gains on the BSE.

Can the two new drugs revive the fortunes of Dr Habil Khorakiwala-led Wockhardt?

Founded by Dr Khorakiwala in 1960 as Worli Chemical Works, Wockhardt had become one of the top five domestic drug firms following a string of acquisitions in Europe and US . The company had targeted to become a $1 billion company by 2009. It acquired UK-based Wallis Laboratory in 1997, CP Pharmaceuticals in 2003, Germany-based Espharma in 2004, Pinewood Healthcare in Ireland in 2006 , Negma Laboratories in France and Morton Grove in the US in 2007. But mounting debts due to highly priced acquisitions, global financial meltdown in 2007-08 period and foreign exchange derivative losses pushed the company to near insolvency and then into a corporate debt restructuring (CDR) by lenders in 2009. As per the CDR package, Wockhardt had to sell off many of its assets such as the nutrition business for Rs 1,280 crore to French dairy giant Danone, Animal Healthcare business to French company Vetoquino, and ten of the 17 hospitals to Fortis for Rs 919 crore.

Financial discipline, aggressive foray into the US and focussed business helped Wockhardt turn around fast by 2011. It remained profitable and increased business over the next two years. Soon USFDA manufacturing quality issues started worrying Wockhardt and about seven plants got into the US regulator's scanner over the past seven years.

Antibiotics to the rescue

Market potential for the new drugs is huge. The size of the Indian antibiotic market alone is about Rs 16,000 crore and is growing at 7 per cent. It is one of the largest therapeutic segments with a 12 per cent market share of the Indian pharmaceutical market. Wockhardt now plans to launch the product initially in India and then take it to other emerging markets such as China, the largest market for antibiotics. It is also facing the issue of anti-microbial resistance, which currently causes 7 lakhs deaths globally and is projected to grow to 10 million by 2050. In India, it is estimated to cause 2 million deaths by 2050. The burden of MRSA in India was 29 per cent in 2009 and grew to 38.6 per cent in 2018. At present, five anti-MRSA drugs are available in the country developed by MNC drug firms and the last new drug was launched in 2005. These drugs have issues and side effects such as nephrotoxicity, ototoxicity, redman syndrome, not effective for pneumonia, skeletal muscle toxicity, marrow suppression and gastric issues etc.

"By virtue of its broad spectrum activity against widely prevalent pathogens including MRSA, superior safety over the currently available anti-MRSA agents and its unique properties, I believe these new antibiotics have a strong potential to effectively address the unmet medical need of the clinicians," said Dr. Habil Khorakiwala, founder Chairman, Wockhardt Group.

In 2018, a national study conducted by the Indian council of Medical research (ICMR) and Anti-microbial resistant surveillance network (AMRSN) group highlighted the high prevalence of 38.6 percent of MRSA in India. A recent Indian study reports that one in six patients infected with multidrug resistant 'Gram positive infections' die in intensive care units.

According to Khorakiwala, Wockhardt has consistently invested for more than two decades in developing a strong antibiotic pipeline catering both multi drug resistant Gram positive and Gram negative pathogens and is the only company in the world having five antibiotics against superbugs in the late phase of clinical development. All these antibiotics, because of their promising activity against multi-drug resistance (MDR)pathogens, have received US FDA-QIDP status for expediting the drug development cycle. Due to complexity of resistance mechanisms expressed by bacteria as well as lack of financial resources to fund antibiotic research, many major pharmaceutical firms have steered away from the antibiotic research over the last 30 years. At present 18 novel antibiotic drugs from 12 drug companies are in advanced clinical trials globally and of them, Wockhardt has the largest pipeline with five drugs, he said.

The company is also betting big on its biotech products such as Wepox, a recombinant erythropoietin used in the treatment of anaemia caused by cancer and chronic renal failure, Biovac-B, a hepatitis B vaccine and Wosulin, the first r-DNA insulin developed and manufactured outside the US and Europe.