Both Bharti and Vodafone Idea have appealed to the government to review the impact of the decision on the sector. Vodafone has said that it could also look at filing a review application on the court's order if there's any scope 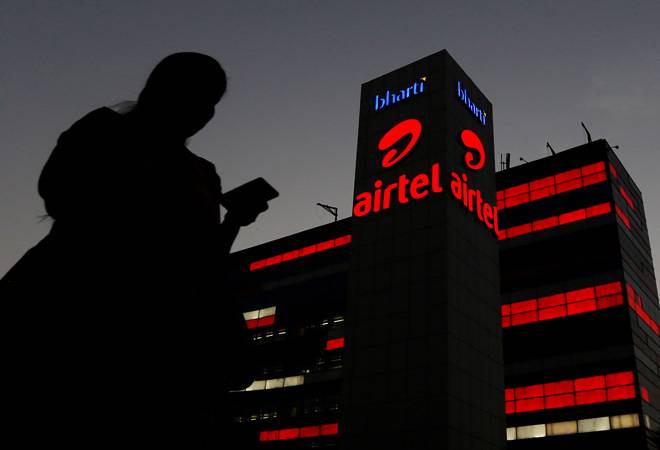 Airtel said that it's waiting for DoT to raise demand for the due amount. Representative image.

The big blow to the telecom sector from the Supreme Court has unfolded a series of events. The country's third-largest telecom service provider Bharti Airtel has postponed its second quarter 2019/20 results till November 14. Airtel told stock exchanges that results are postponed to a later date as it awaits more clarity on the AGR (adjusted gross revenues) issue. Last week, the apex court passed an order that required telcos like Airtel, Vodafone Idea, and others to pay up Rs 92,641 crore to the department of telecom (DoT).

Airtel said that it's waiting for DoT to raise demand for the due amount. Even though the results pertain to the previous quarter, and the SC judgement came in only last week, there should not have been a reason for the company to delay its results. But according to Airtel sources, since the amount - expected to be Rs 21,682 crore - is going to have material impact on future earnings, and in the absence of any letter from DoT asking for the amount, the management seems to have no clarity on how to answer investors at this point.

In an October 24 report, Dolat Capital has said that "strained financials and brutal tariff war impairs the capability of incumbents to pay. Vodafone Idea may be compelled to relook its existence into the business." Both Bharti and Vodafone Idea have appealed to the government to review the impact of the decision on the sector. Vodafone has said that it could also look at filing a review application on the court's order if there's any scope.

Opinion is divided on whether government can do anything to give a breather to telcos. "When government lost the tax case with Vodafone, it changed the law retrospectively. But, here we foresee the remote possibility of this as the government has won the case, and retrospective change to law may be seen as favoritism to a set of corporates," said Dolat Capital report.

There's growing chatter that government could support industry in reduced license fees and spectrum usage charges (SUC), provide moratorium on annual spectrum payment and postpone the zero-IUC termination rate - on which TRAI is expected to come out with recommendations. The zero IUC charges, which were expected to come into force from January 2020, is going to further hurt the incumbents by stopping one stream of revenues for them.

"Assuming no relief comes through, the outstanding liability of Rs 28,500 crore (and another potential large demand for past SUC underpayment) would make the already-stressed situation even tougher for Vodafone Idea. The company may need to resort to another large equity raise to fund these payouts. Bharti's balance sheet is relatively better and while the payouts will increase the leverage ratios, we believe the situation is far more manageable for Bharti," Kotak Institutional Equities said in a October 25 report.

Meanwhile, there are reports that a committee of secretaries (CoS) under the Cabinet Secretary are expected to examine all aspects and suggest measures to mitigate the financial stress being faced by the telecom sector. The CoS will look into the demand of telcos for deferment of spectrum auction payment due from telcos for the years 2020/21 and 2021/22 in order to ease their cash flow situation.

The committee will also re-look at the USOF (universal service obligation fund) charge which is currently at 5 per cent while TRAI has suggested reducing it to 3 per cent. The CoS is expected to meet shortly and submit their recommendations.

DoT was fighting the AGR issue with telcos, primarily Bharti Airtel and Vodafone Idea who will have to shell out about 54 per cent of the pending amount - Rs 21,682 crore for Airtel and Rs 28,308 crore for Vodafone Idea. This is a 16-year-old dispute in which DoT argued that a wider number of items - interest income, dividend, profits on the sale of assets, insurance claim and forex gains - should be included as components of AGR. Telcos argued that if they buy a commercial property and sell it for a premium, it doesn't seem right that DoT wants to take a share from it.

The SC's order would have a far-reaching impact on incumbents, which are already battling with prolonged tariff wars and high debt burden. The profitability of incumbents is seriously under duress. Airtel, for instance, posted net losses of Rs 2,392.2 crore in the quarter ended June 2019. Vodafone Idea recorded net loss of Rs 4,873.9 crore in the same quarter.

The fight over AGR has dragged on long enough that the actual disputed amount is tiny proportion (25 per cent) of the total dues that the DoT has asked for. Both TRAI and TDSAT (Telecom Disputes Settlement and Appellate Tribunal) had supported telcos on this issue, but DoT stuck to its own position. Telcos claim that they have already paid 85 per cent of the demand raised by DoT.