"On the 3.5 Ghz band Trai has recommended price to Rs 50,000 crore for 100 mhz of spectrum. 5G requires a large block of spectrum. 100 Mhz spectrum for 50,000 crore, we can't afford. We believe it is too high. We will not pick it up at those prices," says Bharti Airtel MD and CEO Gopal Vittal 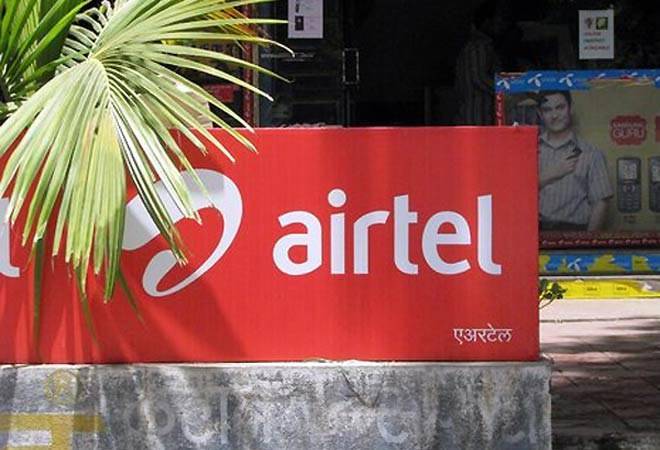 Trai has recommended that proposed base price of proposed 5G spectrum in 3,300-3,600 Mhz band at about Rs 492 crore per Mhz unpaired spectrum on pan India basis.

Telecom operator Bharti Airtel on Wednesday said it will not buy 5G spectrum in the upcoming auction if its base price is fixed at Rs 492 crore per megahertz as recommended by the telecom regulator Trai. The company has stressed balance sheet reeling under debt of Rs 1.14 trillion with liability to clear statutory dues of around 35,500 crore, following a Supreme Court order in October 2019 that upheld the government's stand on calculating levies over telecom licences.

Bharti Airtel chief financial officer Badal Bagri during the earnings calls, however, said that the industry is now repairing itself with hike in mobile call and internet rates, which needs to rise further and it expects a favourable outcome in the adjusted gross revenue from the judiciary and regulator for long-term growth and viability of the sector.

"On the 3.5 Ghz band Trai has recommended price to Rs 50,000 crore for 100 mhz of spectrum. 5G requires a large block of spectrum. 100 Mhz spectrum for 50,000 crore, we can't afford. We believe it is too high. We will not pick it up at those prices," Bharti Airtel MD and CEO for India and South Asia Gopal Vittal said.

The Telecom Regulatory Authority of India (Trai) has recommended that proposed base price of proposed 5G spectrum in 3,300-3,600 Mhz band at about Rs 492 crore per Mhz unpaired spectrum on pan India basis.

Telecom operators interested in buying radiowaves for 5G will have to shell out a minimum of Rs 9,840 crore on pan-India basis to buy spectrum in 3,300-3,600 Mhz band as Trai has suggested that it "should be put to auction in the block size of 20 MHz".

The Digital Communications Commission, apex decision making body at the Department of Telecom, has approved the suggestions made by Trai. Vittal said that though telecom players raised mobile call and internet rates in December, the tariff needs to go up further for better return on investments. "We have ARPU of Rs 135. In the end state, I think we need to see ARPU of Rs 300 in Indian telecom. I think that is when we will turn a reasonable return of capital on the overall business," Vittal said.

He said that with the last round of tariff hike, the ARPU of the company will go up, but it may not be enough to give return on the investments. "While our ARPU will go up in next quarter because of tariff increases, they are just not good enough. At Rs 200, we will barely be head above water in terms of return on capital. It is clearly something that we need to see moving. I cannot comment on what the timing is," Vittal said.

Bharti Airtel and Vodafone Idea raised their services rates by up to 50 per cent in December and their rival Reliance Jio too increased tariff by about 40 per cent. The companies cited the burden of AGR dues on their books following the Supreme Court judgement dated October 24, 2019 as one of the compelling reasons to enhance tariff.

Bharti Airtel's liabilities added up to nearly Rs 35,586 crore, including licence fee and spectrum usage charge dues. It may be recalled that for September quarter, Airtel had posted a staggering Rs 23,045 crore net loss, after provisioning of Rs 28,450 crore on account of the Supreme Court ruling on past dues. Bharti Airtel has posted a consolidated loss of Rs 1,035 crore for the three months ended December 31, 2019 with apex court ruling adding to the financial woes of the company.

The company had to clear dues by January 23 but it has sought time from the DoT to wait till the outcome of its modification plea filed before the apex court seeking relaxation on timeline to clear dues. "We are hopeful that we will get favourable outcome from the engagement with judiciary and regulator that will ensure long term growth and viability of the sector," Bagri said.

During the October-December 2019, Bharti Airtel said that it has posted the highest ever addition of 4G customers and attributed the growth to its rival operator move to charge 6 paise per minute for every outgoing call outside the network. While overall mobile customer base of Bharti Airtel grew by 1.3 per cent to 28.3 crore on quarter on quarter basis, its 4G customer base grew by 20.1 per cent to 12.3 crore on sequential quarter basis.