The chances of another relief package from the government seem distant as it would create uproar, and similar demands would come from other distressed sectors such as power, automobile, agriculture and aviation 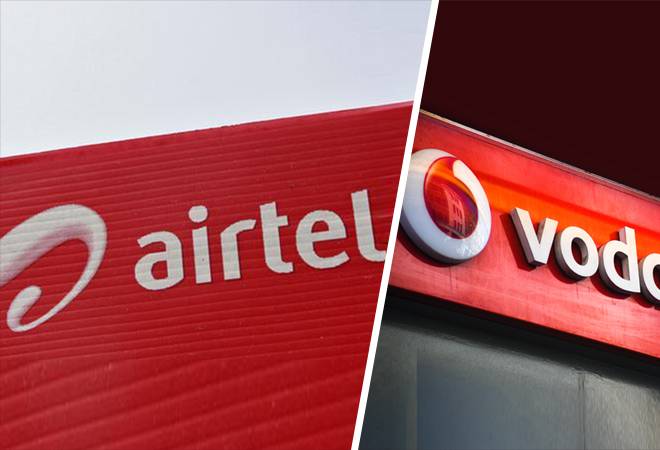 Airtel-Vodafone Idea: AGR dues are going to weigh heavily on the incumbents

The current year was perhaps one of the worst for the telecom sector. As if the prolonged tariff war wasn't enough for the incumbents Bharti Airtel and Vodafone Idea, the Rs 1.47-lakh crore AGR (adjusted gross revenues) issue has blown them out of water. The relief measures in the form of two-year moratorium on spectrum payments, and steep tariff hikes of 15-40 per cent - announced by all telcos early December - have fallen short of reviving the sentiments of the sector.

Recently, Vodafone Idea chairman Kumar Mangalam Birla reportedly said that the telco would shut shop if no government relief comes its way. Bharti Airtel chairman Sunil Mittal has also reportedly asked the government to be sympathetic to telcos. Vodafone Idea is struggling with losses for three years that swelled to Rs 50,922 crore - the highest quarterly loss in the corporate history - in the second quarter of 2019/20 as it had to make significant provisions for the AGR dues. Airtel reported record losses of Rs 22,830 crore in the same quarter.

The chances of another relief package from the government seem distant as it would create uproar, and similar demands would come from other distressed sectors such as power, automobile, agriculture and aviation. For an image-conscious government with other focus areas - state elections, pending bills - a succour for the telecom sector would be low on the priority list. Telco bosses are, however, regularly meeting the DoT (department of telecom) officials to prod them for more relief.

Ratings agency ICRA says that despite green-shoots of recovery, the AGR dues are going to weigh heavily on the incumbents. "This (AGR blow) comes at a time when the industry's health was on the recovery track on the back of deleveraging initiatives, moderation in capex intensity and restoration of pricing power... However, despite the debt reduction and EBITDA (earnings before interest, tax, depreciation and amortisation) improvement attempts, the indicators are expected to continue to remain weak... The telecom operators are required to pay a revenue share to the DoT in the form of licence fee and spectrum usage charges which are derived from the AGR... In case these have to be funded through debt, it has the potential to derail the deleveraging attempts by the industry," a note by ICRA said.

Keeping the AGR issue aside, the past year has been particularly turbulent for incumbents. They lost subscribers in hordes - Airtel lost 17.96 million between September 2018 and September 2019, and Vodafone Idea lost 62.48 million. Jio, on the other hand, gained 102.97 million subs.

On the back of tariff increase, telcos can expect some improvement though the next year, especially in areas such as revenue and profits growth, ARPUs (average revenue per user), and debt levels. For instance, CRISIL expects the sector revenues to grow from Rs 1.29 lakh crore in 2018/19 to Rs 1.69 lakh crore in 2020/21 - a jump of 31 per cent. The sector-wide EBITDA is expected to grow 106 per cent to Rs 60,570 crore in 2020/21. Monthly APRUs too will likely rise from Rs 116 per subscriber to Rs 145 in the same period.

ICRA says that the incumbents have undertaken a bunch of steps to deleverage their balance sheets, including coming out with rights issue, and IPO (initial public offering) of the African operations by Airtel. "... Other plans like further equity infusion by Airtel, monetisation of stake in tower companies and fibre assets are on the anvil for some operators...with the telecom industry achieving a sizeable penetration for 4G, the peak capex cycle for Indian telcos is over and thus the capex intensity is expected to witness moderation till the time there is a technology upgrade to 5G... These are expected to result in decline in debt as on March 31, 2020 to around Rs. 4.4 lakh crore (without taking any incremental debt due to AGR issue)," ICRA said. In March 2019, the debt of telcos stood at Rs 5 lakh crore.