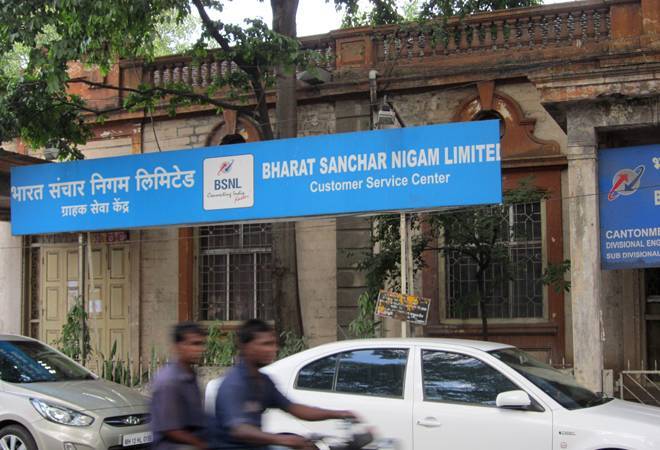 Bharat Sanchar Nigam Limited's (BSNL) voluntary retirement scheme (VRS) it rolled out recently is likely to cut its staff by almost half.

In the wake of this, the Department of Telecommunications (DoT) has directed the state-run telecom operator to ensure measures to maintain business continuity and smooth transition, especially to operate telephone exchanges in rural areas.

Currently, BSNL is mulling several options for the transition period.

A DoT source told PTI that the issue calls for an urgent focus, and the company is conducting meetings to seek a solution to make sure that there the everyday manning of exchanges and other operations do not get impacted, once the VRS plan concludes.

On Friday evening, barely four days after the scheme was rolled out, the number of BSNL employees opting for VRS had swelled to 57,000, and the figures, when combined with those of state-owned MTNL, had exceed 60,000. In all, nearly one lakh BSNL employees are eligible for the VRS out of its total staff strength of about 1.50 lakh. BSNL's internal target for VRS is pegged at 77,000 employees, which essentially means that if the VRS reaches full target, the staff strength will come down by half. The effective date of voluntary retirement under the present scheme is January 31, 2020.

When contacted, BSNL Chairman and MD P K Purwar confirmed that discussions have been initiated on the issue and said the corporation is planning business re-engineering and business continuity.

"We have to work meticulously because we have now started taking the data, which SSA, which unit, how many people are taking VRS....We will still be left with about 80,000 people. So, the numbers are not less...but it will be almost half. The work culture will also have to change," Purwar said.

The DoT source said that even outsourcing certain operations will require time, including a transition period of 2-3 months after the finalisation of tender, and given that the VRS will come into effect from January, a solution will have to be arrived at soon.

Several options are on the discussion table, the source said one such solution being debated is whether some of the personnel opting for VRS can be roped in as consultants at a lower cost.

The other options include tendering or outsourcing some of the work or roping in retired officers of the telecom department who are already familiar with the tasks. BSNL will have to choose which option it wants to go with, the source said.

The 'BSNL Voluntary Retirement Scheme - 2019' that was rolled out last week, will remain open till December 3. BSNL is looking at savings of about Rs 7,000 crore in wage bill, if 70,000-80,000 personnel opt for the scheme. According to the scheme, all regular and permanent employees of BSNL including those on deputation to other organisations or posted outside the corporation on deputation basis, who attended the age of 50 years or above are eligible to seek voluntary retirement under the scheme.

Mahanagar Telephone Nigam Ltd (MTNL) too has rolled out a VRS for its employees. The scheme, based on Gujarat Model, will be open for employees till December 3, 2019.

The Union Cabinet last month had approved the plan to combine MTNL - which provides services in Mumbai and New Delhi - with BSNL that services the rest of the nation.

The rescue package approved by the government includes infusion of Rs 20,140 crore for purchase of 4G spectrum, Rs 3,674 crore for GST to be paid on spectrum allocation, companies raising Rs 15,000 crore in debt on the sovereign guarantee and government funding Rs 17,160 crore VRS and another Rs 12,768 crore towards retirement liability.

The two firms will also monetise assets worth Rs 37,500 crore in the next three years. MTNL has reported losses in nine of the past 10 years and BSNL too has been ringing in loss since 2010. The total debt on both the companies stood at Rs 40,000 crore, of which half of the liability is on MTNL alone.