Mukesh Ambani to make big JioGigaFiber announcement soon? Everything we know so far

It's been a year since JioGigaFiber was unveiled at the last AGM of Reliance Industries, and has been under beta testing since then. Now at the company's AGM scheduled on August 12, a major announcement regarding the service is expected 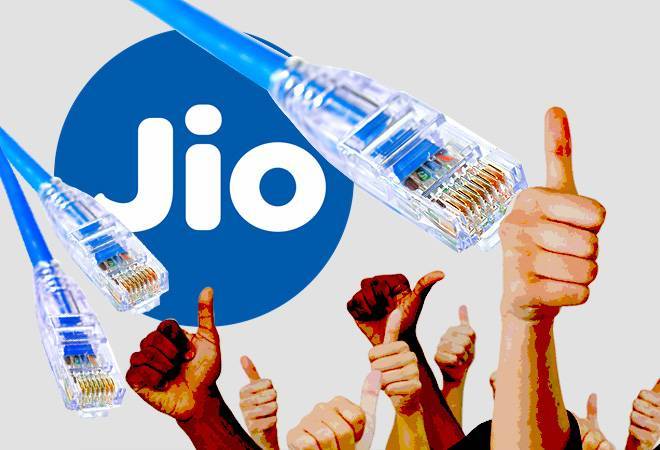 Jio, the telecom unit of Reliance Industries, usually releases its new products at the company's AGMs. The JioPhone was launched at the 2017 AGM, and the following one in 2018 saw the launch of JioPhone 2 and unveiling of JioGigaFiber. Keeping with tradition, Reliance might rollout its JioGigaFiber service at its 2019 AGM.

So far, JioGigaFiber has been in the beta testing phase, where subscribers can avail its Preview Offer for a security deposit of Rs 4,500 or Rs 2,500, depending on the speeds one opts for. A full-fledged rollout would mean release of definitive plans with tariff rates and tenures for the JioGigaFiber service.

Earlier this month, Reliance Jio asked its subscribers to name the fiber-to-the-home service. Jio sent notifications on its MyJio app with a message that reads: "What should Jio call its 'Fiber to the home' services?"

What we know about JioGigaFiber

Reliance Industries Chairman Mukesh Ambani announced the company's fiber-to-the-home service, JioGigaFiber at the company's AGM on July 5, 2018. Registrations for the service began from August 15, 2018. Areas with the highest number of registrations have been given preference.

As of now, users can avail the JioGigaFiber service by paying Rs 4,500 for a dual-band router with speeds up to 100Mbps. Users get 100GB of data for 90 days, which can be topped up with 40GB packets of data once the original limit is exhausted. A cheaper option under the JioGigaFiber Preview Offer has also been launched at Rs 2,500 for a single-band router with speeds up to 50Mbps.

Reliance Jio plans to roll out JioGigaFiber across 1,100 cities of the country. The cities will be selected on interest registration basis - cities with most registrations will be prioritised. Along with its broadband services, the JioGigaFiber is likely to come bundled with a TV service and landline connection.

Although this has not been confirmed so far, but several reports have speculated that the JioGigaFiber service might come with two plans. The first plan is expected to be prices at Rs 600 per month for the basic bundle of fiber internet, DTH TV services and a landline connection. The Rs 1,000 plan would allow users to connect up to 40 devices to the JioGigaFiber home network, including smart devices.