Chairman and Managing Director of Reliance Industries, Mukesh Ambani, is expected to reveal the details of its JioFiber FTTH broadband service today at the 41st annual general meeting (AGM) 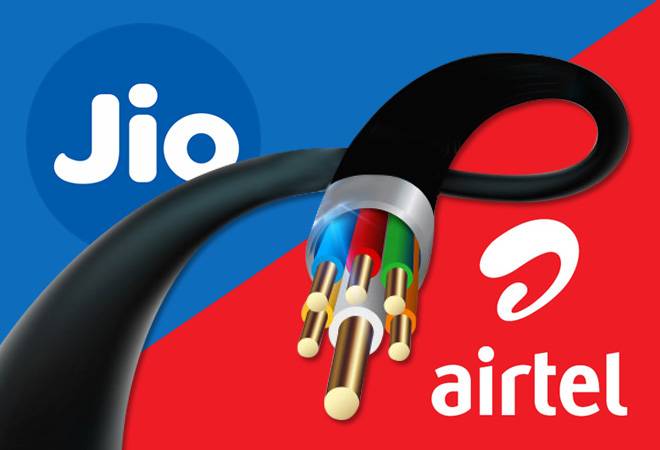 Reliance is expected to reveal the details of its JioFiber FTTH broadband service today at its 41st annual general meeting (AGM). Post the successful launch of its mobile services and feature phones, Reliance will be looking to disrupt the fixed-line broadband market in India. The AGM will be hosted at 7pm today and the Chairman and Managing Director of Reliance Industries, Mukesh Ambani, will take the stage and in almost all likelihood announce the commercial launch of Jio GigaFiber.

The biggest competitor of Jio GigaFiber in the Indian market will be Bharti Airtel with its Airtel V-Fiber broadband service. The Airtel's service aims to deliver speeds of up to 100Mbps and is one of the cheapest broadband plan providers in India. Jio, on the other hand, is already running preview offers for its GigaFiber in select cities like Delhi and Mumbai. Let's compare the two in terms of speed, data and affordability.

The Jio GigaFiber promises lightening fast speeds of up to 100 Mbps. In the preview period, Jio GigaFiber is offering speeds of 100 Mbps over 5Ghz WiFi networks and 50 Mbps over the 2.4Ghz wireless network. Post the launch, the rumours suggest that the company might offer speeds of 1000 Mbps in select circles.

Airtel, with its V-Fiber broadband service, offers a maximum speed of 300 Mbps. Airtel also offers a plan with much slower 8 Mbps and 40 Mbps speeds.

Airtel offers plans that offer data benefits of 100GB, 300GB, and 600GB. Airtel also has an unlimited data plan but it isn't available throughout the country. In case the user exhausts his limited allotted data, he is shifted to a slower speed connection.

Jio GigaFiber, under the preview offer, only has one single plan. Users high-speed connection is capped to a 100GB FUP limit. However, this 100GB cap can be extended by users through free of cost sachet recharges which add 40GB of data to users every day.

Airtel broadband offerings have 4 monthly rental plans that range from Rs 799 to Rs 1,999 depending on the circle. Jio GigaFiber, on the other hand, is completely free under the preview offer. Users only had to invest in the high-speed router by paying a refundable amount of Rs 4,500.

Also Read: Reliance Jio GigaFiber's 50mbps, 100 mbps connection may come in these prices; launch details to be out soon

Reliance Jio vs Airtel vs Vodafone: Here're the best postpaid plans they have to offer