Reliance Jio GigaFiber to launch on September 5: During the AGM, Mukesh Ambani announced that JioFiber will come in monthly as well as annual plans. 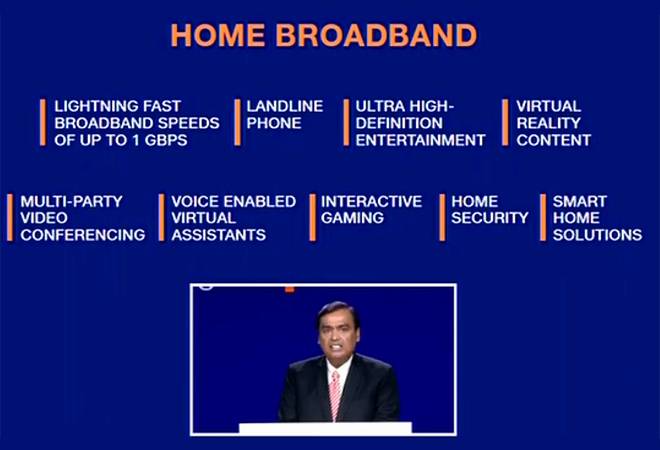 Reliance Jio GigaFiber that has been renamed Jio Fiber will be launched in India this week on September 5. The JioFiber will be accompanied by a fixed-line phone service, a gaming-capable set-top-box, free 4K TV and Jio Internet of Things (IoT) services. The announcement to roll out the anticipated JioFiber touted to revolutionise the broadband service was made by Mukesh Ambani during the recent Reliance Industries Annual General Meeting (AGM) on August 12. However, subscribers must keep in mind that there are scammers looking to entrap customers of the service. According to a tweet by the volunteers working for online safety, a phishing scam in the form of an email is being circulated that asks consumers' for their bank account details! Keep in mind not to fall for the same if you come across something similar.

If you are planning to explore what JioFiber has to offer, then here are a few things to keep in mind:

How to apply for JioFiber

While Jio has been inviting registrations for more than a year now, one might be a bit unaware of how to apply for JioFiber. For the uninitiated, the company said that it would roll out their services with highest registrations first. It has received more than 15 million registrations from around 1,600 towns in the country.

All you have to do to register for the JioFiber services is go to their website and fill in your details, including the address.

During the AGM, Mukesh Ambani announced that JioFiber will come in monthly as well as annual plans. The monthly plans will be priced at a minimum of Rs 700 and can go up to Rs 10,000. The prices for the annual plans have not been revealed as of yet.

Subscribers will be able to enjoy minimum speed of 100Mbps and can expect up to 1Gbps as the plan prices go up. From the looks of it, the Rs 700 JioFiber plan will offer 100Mbps.

Also read: Reliance JioFiber: How cheap is it compared to Airtel, ACT, others?

JioFiber will start off with a few cities and increase their reach gradually.

JioFiber offers free local and STD  and will let its subscribers watch OTT content for free. While the OTT platforms have not been named so far, subscribers will be able to enjoy JioCinema, JioTV and JioSaavn.

Jio is also offering 'First Day First Show' service for the premium JioFiber customers. According to this plan, customers will be able to watch a movie on the day of its release.