While Mukesh Ambani and Sunil Bharti Mittal gave a miss to the India Mobile Congress event, the minister Prasad pretty much covered all the areas under his domain. 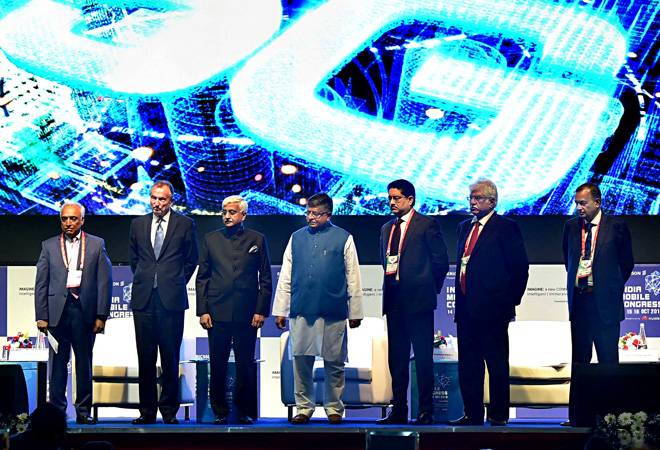 The telecom sector is at the cusp of big changes. The recent announcement by Reliance Jio to charge 6 paise per minute for mobile-to-mobile calls to non-Jio users is going to change the course of the sector. This coupled with the expected launch of the 5G next year has set the theme for the India Mobile Congress (IMC), a three-day event organized by industry body COAI (Cellular Operators Association of India). The third edition of the South Asia's largest biggest telecom event began with an inaugural session that was scheduled to have panellists such as industry stalwarts Mukesh Ambani (of Jio), Sunil Bharti Mittal (of Airtel) and Kumar Mangalam Birla (of Vodafone Idea) along with telecom minister Ravi Shankar Prasad and telecom secretary Anshu Prakash.

While Ambani and Mittal gave a miss to the event, the minister Prasad pretty much covered all the areas under his domain. The most noticeable announcement was the affirmation of holding the telecom spectrum auctions in the current financial year. "Spectrum auction will be done this financial year. We are in the process of undertaking some reforms in the spectrum pricing as well," the minister said.

The timing of spectrum auction, giving out spectrum to telcos for trials and the pricing for the next auction are the most debated topics in the sector for the past one year. Telecom regulator TRAI (Telecom Regulatory Authority of India) has recommended auction of about 8,644 megahertz (MHz) of radio frequencies for sale at an estimated total base price of Rs 4.93 lakh crore. The reserve prices for spectrum in India are the highest in the world at $70 million per MHz as compared to $26 million in Italy, $18 million in South Korea and $10 million in the UK, as per brokerage firm CLSA.

The hefty pricing of spectrum might result in telcos giving it a miss but the statement from minister might come as a breather. Though Prasad did not elaborate as to how his ministry plans to rework the pricing, it would be interesting to see how it plans to bypass the TRAI's recommendations. It may be noted that the TRAI had first suggested spectrum pricing for 3300-3600 MHz band August last year, and following a huge backlash, the Digital Communications Commission (erstwhile telecom commission) had sought a review of the TRAI's previous proposal. Yet, the regulator stood by its pricing proposal in July this year.

The minister further added that the government's role is that of a facilitator. "The communications policy, IT policy, and electronic manufacturing policy are already in place. Whatever policy initiatives were required have been done," he said adding that the government's mission is to make digital economy as a component of the India's $5 trillion economy target.

Rakesh Bharti Mittal, managing director of Bharti Enterprises Ltd said that the industry is sustained by three players with almost equal market share. "For 5G to be commercially deployable, two things are of prime importance - extensive fiberisation and number of sites. Indian telecom industry needs to commit and invest in the next gen tech, raising the bar of customer experience. We need to obsess about our network quality, find innovative ways to reduce our capex and opex. We need support from the government," Mittal said.

Most large and small telecom companies have presence at the event except Samsung that has been surprisingly missing from the scene after alleged differences with the authorities.

Diamond-studded Mercedes is a complimentary gift! But, you have to buy jewels worth Rs 50 crore