The Vodafone Group on Friday won the bilateral investment treaty (BIT) arbitration against the Indian government in the Rs 14,200 tax dispute case 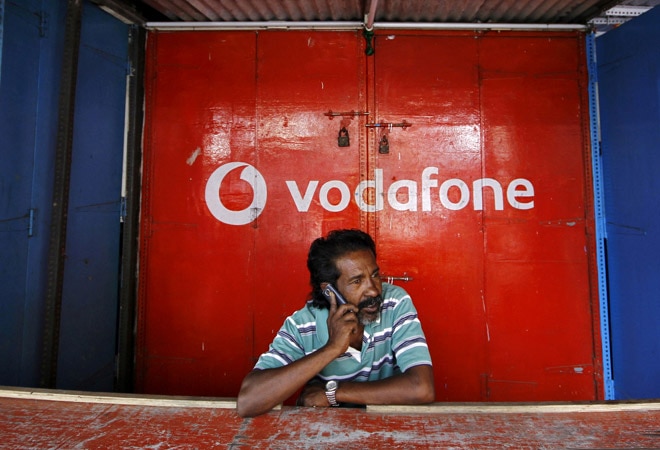 The Permanent Court of Arbitration, Hague, passed a judgment in favour of Vodafone asking the Indian government not to go ahead with the tax demand of Rs 14,200 crore (excluding the interest and penalty). What recourse does Indian government have now? Can it go for an appeal or can it simply refuse to implement the award?

Akhilesh Ranjan, former member of Central Board of Direct Taxes (CBDT) and an expert in international taxation, says there is no formal appeal channel against this (order). The government can only go back to the Permanent Court of Arbitration on some technical point, but that will not serve any purpose.

Although in this case Vodafone has not paid any tax yet and its assets are not in India, the Indian government cannot possibly enforce the tax demand, says Ranjan.

The Vodafone Group on Friday won the bilateral investment treaty (BIT) arbitration against the Indian government in the Rs 14,200 tax dispute case.

The arbitral tribunal in Hague today ruled in favour of Vodafone saying that India was in breach of the 'fair and equitable' treatment clause in the India-Netherland BIT. The judgment specifically mentions that the Indian government's decision to impose tax despite Supreme Court's verdict against such an imposition along with interest and penalty was breach of fair and equitable treatment laid down under the bilateral investment treaty.

It, therefore, asks the Indian government to 'cease the conduct in question, any failure to comply with which will engage its international responsibility'.

The arbitration court also asked the Indian government to reimburse 4.3 million pounds, which comprises 60 per cent of Vodafone's legal cost.

The dispute arose when the Indian government, in spite of a favourable Supreme Court judgment in January 2012, amended the law through Finance Act, 2012 whereby power to retrospectively tax any gain on transfer of share was introduced. Consequently, a demand of Rs 14,200 crore was raised on Vodafone.

The case pertains to Vodafone buying entire share capital of CGP Investments (Holdings) Ltd, a Cayman Islands company, for about $11 billion (Rs 55,000 crore) from Hutchison Telecommunications International Ltd (HTIL) in 2007. CGP controlled 67 per cent of Hutchison Essar Limited, a company based in India.

The revenue department had sought to tax the profit from the transaction made by Hutchison. It raised a tax demand of $2.5 billion from Vodafone (buyers of the assets) arguing that the company should have withheld tax.

The demand was struck down by the Supreme Court in 2010, but after a retrospective amendment in Income Tax Act in 2012, the demand was reinstated.

Arvind Datar, a renowned Supreme Court lawyer, says this is a significant ruling against retrospective laws. He believes the government should have gone for the settlement long back. However, Datar says that there is an appeal provision under the treaty and the Indian government may go for it.

Sameer Jain, Founder & Managing Partner, PSL Advocates & Solicitors, says that it remains to be seen if India will implement the award or challenge the same in Netherlands or resist enforcement by Vodafone in India.

When asked if not implementing the award would further make a dent on India's image as an investment destination, Ranjan says it may not happen as the government has been contesting that a tax demand cannot be adjudicated by such a tribunal by the investment treaty.

"Tax matters are always outside the purview of the investment treaty as taxation is a sovereign function. If the Parliament of India has enacted a law, how can any foreign tribunal say that such a law is wrong? The issue then becomes about sovereignty, and internationally opinion is divided if investment treaty can cover tax matters or not," he says.

Meanwhile, the finance ministry has said in a statement that the government will be studying the award and all its aspects carefully in consultation with its counsels. After such consultations, the government will consider all options and take a decision on further course of action including legal remedies before appropriate fora.

PUBG Corp, Reliance Jio in talks to bring back PUBG Mobile to India