Apple recently launched new MacBook Air and MacBook Pro models with M1 chipset but it did not change the way these laptops look. That might change next year. 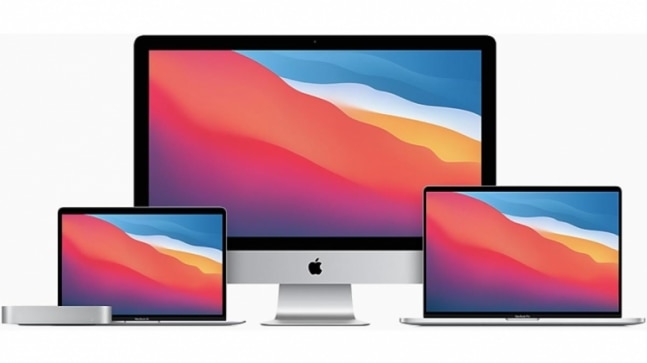 Apple is planning to make radical changes to how its MacBooks have looked for a long time, according to renowned analyst Ming-Chi Kuo. In his latest note, Kuo has mentioned the Apple will populate its computer lineup with new models powered by the ARM-based M1 chipset, but those models will look different from what these current models do. Apple launched the MacBook Air and MacBook Pro models with M1 chip earlier this month but it did not introduce any changes to their design. But in the second half of next year, that might turn out to be true.

The 2020 models of MacBook Air and MacBook Pro are not fundamentally different design-wise from their previous models but Apple did make a change. It removed the fan from the MacBook Air but retained it on the Pro model. This change is not a major one, and even if it was it does not impact the outer design of the MacBook Air, causing it to look the same way it used to before. Kuo has said that this design will eventually see a makeover next year but he has not detailed how this will play out.

Apple sells MacBook Air with a 13-inch screen while its MacBook Pro comes with 14- and 16-inch displays. The design changes that Kuo is talking about might include changes in display sizes, as well, but I am not too sure about them. These are standard laptop display sizes that are common among different types of laptops, which is what Apple will also try to follow going forward despite any changes that it might be planning for the MacBook models.

As far as Apple is concerned, it changes the design of its products in several years. It makes a radical change and then sticks to it for a long time, but it seems that time is going to be over for MacBooks soon.

Additionally, Kuo has also said that Apple will also refresh the Mac desktop computers. Apple could bring the rumoured 24-inch iMac with a revamped design, along with a mini version of the Mac Pro. Both iMac and Mac Pro were refreshed earlier this year, but their design still remains largely the same. Apple might change how these two computer models look when it brings them in 2021 along with the MacBook Air and MacBook Pro models.

But while all product lines from Apple are witnessing considerate response from buyers, the AirPods are selling underwhelmingly. Kuo has said that the sales for AirPods are flat right now, which could dip further by 5 to 10 per cent going into 2021. This is because Apple is prioritising iPhone 12 right now and the fact that there are no new AirPods models in the market to buy. Apple was poised to launch new AirPods this year but that did not happen. Rumours were also rife that AirPods Studio will arrive alongside. Apple may now bring these two AirPods devices next year in the second half.