Donald Trump is not allowed to block his critics on Twitter, here's why

US President Donald Trump has been prohibited from blocking critics from his personal account @realDonaldTrump since 2019. 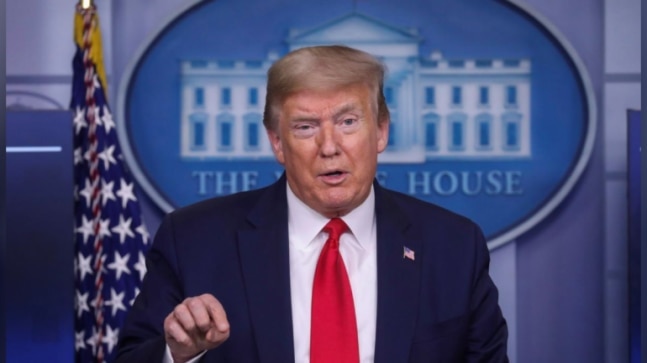 The White House moved the Supreme Court on Thursday to reverse a lower court order to let the US President block critics on Twitter. Since 2019, Trump has been prohibited from blocking critics on Twitter based on their political views. The ruling was passed by a 2nd US Circuit Court of Appeals on the basis that Trump uses Twitter as an official channel of communication. The main argument kept forth when the case was brought in was that Trump uses his @realDonaldTrump account for official announcements through which he has essentially created a public forum.

CNBC cited solicitor general Jeffrey Wall's petition who said that blocking people through Trump's personal account @realDonaldTrump should be a personal choice. He also asserted that users could still view tweets, take screenshots and criticise the president despite being blocked through other accounts. If the order is reversed, Trump will be able to block users from his personal account and not his official account @POTUS.

"President Trump's ability to use the features of his personal Twitter account, including the blocking function, are independent of his presidential office. Blocking third-party accounts from interacting with the @realDonaldTrump account is a purely personal action that does not involve any right or privilege created by the State," Wall stated.

The case was brought in by The Knight First Amendment Institute at Columbia University which sued on behalf of seven students whom the president had blocked after they replied to his tweets.

Jameel Jaffer, the executive director of Knights Institute said that the case stands for a principle that is fundamental to democracy and basically synonymous with the First Amendment: "Government officials can't exclude people from public forums simply because they disagree with their political views."

The case is Trump v. Knight First Amendment Institute at Columbia University, No. 20-197, as noted by CNBC.

Trump, in May, signed an executive order which limits the protections of social media companies such as Twitter, Facebook, and search giant Google over the content on its platforms. The order came after Twitter added fact-checking labels to the US president's tweet claiming the 2020 elections will be rigged through mail-in ballots. This was the first time Twitter flagged the president's posts.

Twitter also labelled Trump's tweets in the backdrop of Minneapolis protests when Trump had tweeted: "Any difficulty and we will assume control, but, when the looting starts, the shooting starts." This infuriated Trump who then tweeted "Revoke 230."

Oppo A53 is first smartphone with Snapdragon 460 SoC, goes official

Realme 7, 7 Pro coming to India soon: How good they will be over Realme 6 series