Google Duo has added a family mode feature which lets its users get a more personalised experience by using AR effects and options to doodle. 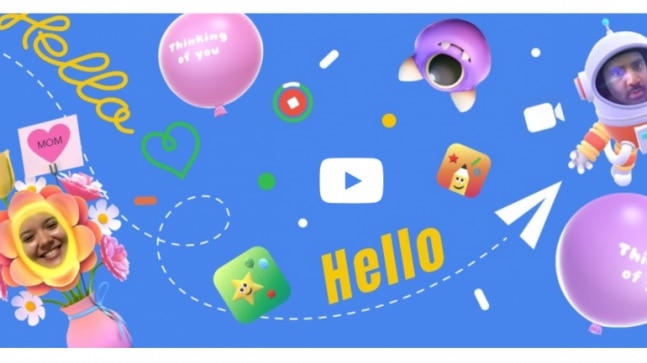 The pandemic period has seen the rise of many video conferencing apps. Google Duo has upped its game by introducing the family mode and other features to make video chats with loved ones livelier.

The family mode lets users interact with their family members and friends in a more informal way.

This comes along with AR features where filters can be used. The option to doodle while the conversation is still going on is also made available on the app. Users can also virtually dress up with masks and filters. These are also available for one-on-one users.

Google Duo has also come with a special effect for Mothers' Day.

The feature is available for both iPhone and Android users and is end to end encrypted, the blog noted.

"Although the physical separation has been hard for all of us, Google Duo makes it easier to let family know how much we miss them, show off our latest artwork and just act silly together like we would in person," Humberto Castaneda Product Manager, Google Duo noted in a blogpost.

The interface hides the hang-up and mute buttons so that kids don't accidentally hang up family calls.

Formerly, Duo was meant only for one-on-one chats but only last month, it increased its limit for users to 12.

Jane Manchun Wong, a reverse engineering expert tipped off the launch for the potential upcoming feature on Twitter.
Wong posted an image on Twitter which showed Duo's feature "Reachable with an email address" toggle on the Google Duo app.

Google has confirmed that it is in fact, testing the feature with Google Duo. People can now make video calls by just using email ids. It is likely to be rolled out in the coming weeks.

A report by 9to5Google stated that Google allowed the use of Duo without having to link the phone number to Google account. The report also stated that making calls is possible if one does not have a GSuite account, but receiving calls is entirely not possible.

Moreover, the option to invite more people by just sending links will also be made available.

"To make getting together easier, you'll also be able to invite anyone with a Google account to join a group call with just a link," Google said in a blog post.

In addition to this, group calls will be made available on Google Duo on the web. This will be first made available for Chrome users. A new layout will be enabled for users that will let them see more people at the same time.

Earlier this week, Google introduced a feature to Google Meet wherein users can join a chat by using just their email ids. The collaboration of Google Meet and Gmail was designed for G Suite users to make it more convenient for them to switch between Gmail and video.

Facebook rolls out Dark Mode for desktop, other features for all users