Google IO: Google brings the option to delete the last 15 minutes of your Search history with a single tap

At its Google IO 2021 event, Google announced an all-new Quick Delete feature for Search that will let you delete the last 15 minutes of your Search. During its IO 2021 keynote, Google announced a very handy feature that may see a lot of takers. With the all-new Quick Delete feature, Google Search users will be able to delete the last 15 minutes of their search history with a single tap from the Google account menu. This is part of the company's privacy feature that limits access to user data.

The company believes that users should be in control of their data, and it should be easy to choose the settings that are right for them.

The new Quick Delete option for Search history can come in handy for a lot of use cases, like if you quickly search for a movie name that your boss just said is his favourite or a place where you plan to get that surprise gift for your friend, but you don't want that place to pop-up anywhere on Google again. 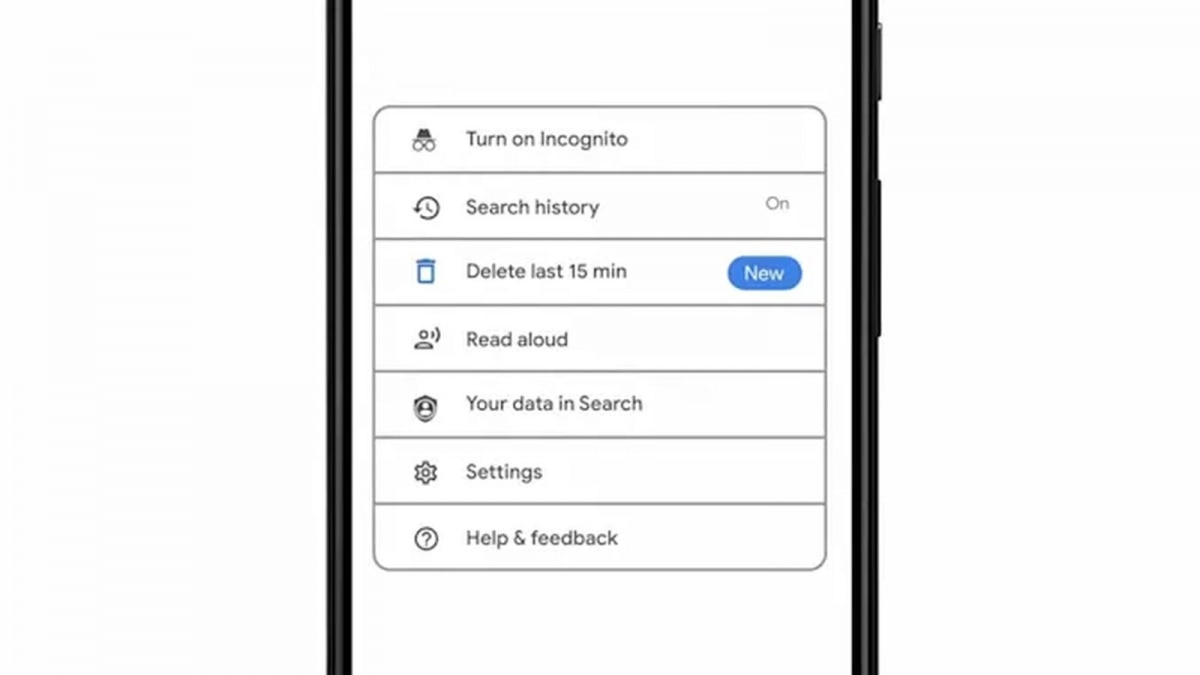 Another handy feature that was announced during the IO keynote was a locked folder in the Photos app, which will be protected by a passcode. The new Locked Folder is for those who fear people may sneak peek at their Photos app. Notably, the photos saved in the locked folder won't show up when users scroll through the grid or even in shared albums. Google says that the locked folder will be available to Pixel users initially and will later come to other Android devices this year.