Google Phone app is finally getting the very basic Caller ID feature that willl announce caller's name and number for all upcoming calls. 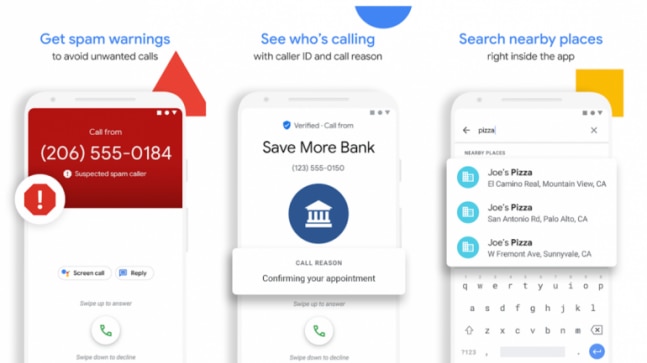 Now you may need to download Truecaller separately to find out who is calling you as Google Phone app has got this much-awaited update. Google Phone app is finally getting the very basic Caller ID feature that will display caller's name and number for all upcoming calls. The company has been working on the feature for quite some time now but it is now been rolled out to users on the stable version of the Google Phone app.

XDA developers was the first spot to the feature in the APK teardown. The publication has shared a few screenshots of how the feature looks. In the Google Phone app, under the settings menu, you will find the Caller ID announcement menu. When you tap on it, you will find the option to turn it on. Once you turn it on "the caller's name and number will be read out loud for incoming calls". You will be given three options to choose from- you can either turn the feature on always or only when using a headset. There is also an option to keep the feature off forever. This feature would help you get rid of unwanted and spam calls.

The feature will help users know who is calling even if the phone is kept far away because of this Caller ID announcement feature. However, if you don't want your phone to read out the name of the person calling, you can disable this feature. In order to get the new feature, users will have to update to the latest version of the Google Phone app from the play store.

The app description says that the new update helps users automatically screen unknown callers and filter out detected robocalls before their phone rings. " And when its not a robocall, your phone rings a few moments later with helpful context about who is calling and why," it read. The description does not mention anything about the Caller ID announcement feature which means that it might take a while to arrive in India. Google might have started rolling out the feature for the users in the United States.

Apart from this, some of the popular features that the Google Phone app has includes call recording, spam protection, know who is calling you, visual voicemail, screen unknown callers among others.