The physical interface of The Remote is simple. It features three buttons including power on and off, mode changing, and shutter button control. 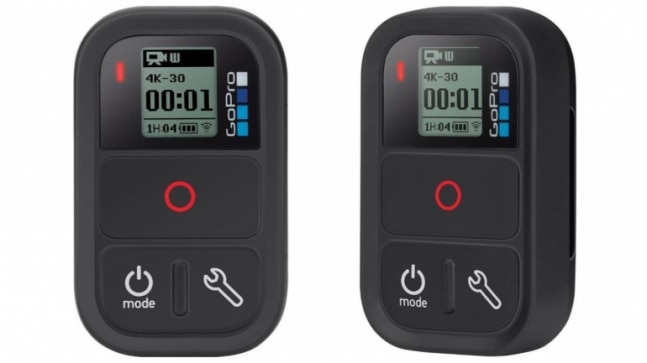 Last year, GoPro launched a Smart Remote for its action cameras. The smart remote helps control the shutter of the GoPro cameras. This way, users can easily access the camera from a distance. Now, the company has announced its successor. It is called The Remote.

Similar to GoPro action cameras, The Remote is a compact, durable and a rugged accessory. The Remote can dive up to 16 feet. It can be worn or mounted on things such as straps, handlebars, and roll bars. Users can carry it to shoot adventure video clips without any difficulty.

The physical interface of The Remote is simple. It features three buttons including power on and off, mode changing, and shutter button control. The large buttons on the remote allow easy access even when a user is wearing gloves. Other than this, the GoPro's latest smart remote boasts a high-resolution status display to see what mode your camera is in.

Despite the downgrades, the latest remote should be likable for its Bluetooth pairing. The Remote uses Bluetooth Low Energy for longer battery life, for both the remote and the camera, and stronger pair connectivity than previous GoPro remotes.

The Remote goes well with the latest GoPro Hero 9 Black, Hero 8 Black, and Max cameras. It is available in the United States for $80. For the price and availability of The Remote in India, users will have to wait till February 2021.

In other news, GoPro has begun rolling out firmware updates for the Hero 9 Black, Hero 8 Black, and Max cameras. After installing firmware version 1.5, GoPro Hero 9 Black owners will see improvements such as 30 per cent faster wireless data transfer, compatibility with new Remote, improved GPS and HyperSmooth 3.0 performance among other things.

Telegram to start charging money from users for some features