Expanding its large appliance portfolio, AmazonBasics is introducing a new category with the launch of a side-by-side refrigerator 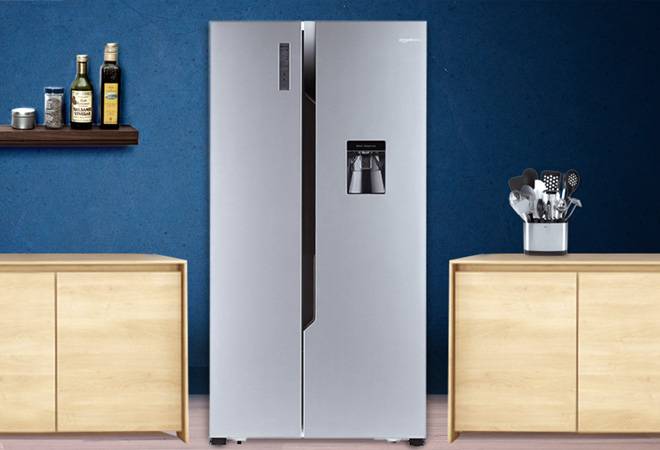 While the AmazonBasics 564 L Frost Free Side-by-Side Refrigerator with Water Dispenser (Silver) will be listed on Amazon India for Rs 45,999 against the maximum retail price of Rs 74,999, there could be further price reductions during the Amazon Great India Festival, the annual sale right ahead of Diwali. The product will be sold by Cloudtail India.

As per the company teaser for deals, the refrigerator will be available for under Rs 40,000 from September 29 to October 4. The festive sale starts at noon on September 28 for Prime members. Amazon will be offering up to Rs 1900 in exchange of old refrigerator for purchasing the side-by-side refrigerator. Other offers will include no-cost EMI on select cards, cashback on HDFC and HSBC cards.

The refrigerator will also be available for Open Box inspection. An Acko one-year extended warranty could be purchased separately for Rs 1,249 and a two-year warranty for 4,949. If ordered for delivery in Delhi, the delivery could only be scheduled for Monday or later.

Amazon India is yet to respond to Business Today's queries. A source familiar with the new launch revealed that this new refrigerator will be manufactured at the same facility where refrigerators for many big brands are being manufactured.

This new side-by-side refrigerator with water dispenser and auto defrost technology will prevent excess ice build-up automatically. Available in 564 L capacity, it will have in-built LED display panel for instant control and access to the temperature settings. It will feature multi airflow system for smooth airflow into the storage compartments for uniform cooling. Is is likely to be equipped with quick freeze feature that turns water into ice instantly and quick cool feature that helps food last longer. It will also feature precise temperature control allowing customers to set and maintain the correct temperature inside the refrigerator. The product will come with a 15 amp plug. Amazon suggests using a conversion adapter for five amp socket. AmazonBasics will be offering one-year warranty on the product and five years on the compressor.

AmazonBasics was launched in September 2015 in India to provide customers with a vast selection of high-quality products at affordable prices. Among large appliances, the company has been selling ACs, semi-automatic, top-load and front-load fully automatic washing machines and microwave ovens. It also sells everyday products from HDMI cables and batteries to bed sheets and bath towels on Amazon.in.

However, Amazon is not the only e-commerce player that has launched large appliances under its brand. Flipkart too has been selling televisions, refrigerators, washing machines and air conditioners under MarQ brand.

Redmi 8A now on sale in India: Check out price, features, launch offers on Flipkart, Mi.com