Apple iPhone 12 event 2020: All iPhones are going to come with 5G support. Apple has partnered with Verizon to bring 5G iPhones for the very first time

Apple also announced HomePod Mini during the event. Besides, Apple CEO Tim Cook also announced MagSafe for iPhone, which promises to improve the wireless charging experience. However, the technique works only for the all-new iPhone 12.

Apple iPhone 12 Launch Event 2020: Here's what all launched and their prices in India

The Apple iPhone 12 features a 6.1-inch Super Retina XDR display and will have five aluminium finishes, including blue, green, black, white, and PRODUCT(RED). The iPhone 12 has an Ultra-Wide camera and a new Wide camera with an f/1.6 aperture. Claiming to be the fastest yet on iPhone, the new setup is said to provide 27 per cent more light for even low-light photos and videos. The iPhone 12 will have A14 Bionic chip built on a 5-nanometer process. Additionally, the Cupertino-based firm claimed that the CPU and GPU will be faster by up to 50 per cent compared to the fastest competing smartphone chips.

The iPhone 12 features the first camera to shoot HDR video with Dolby Vision and is the first and only device in the world to enable an end-to-end Dolby Vision experience, allowing users to easily capture, edit, and share cinema-grade videos natively on iPhone. It features FaceID, is powered by Apple's A14 Bionic 5nm chip with better energy efficiency and four-core GPU for console-quality games. 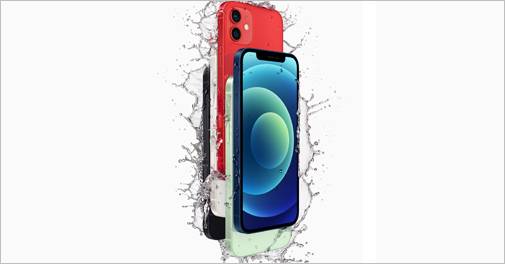 Additionally, the iPhone 12 mini is IP68 water and dust resistant with up to 6 metre for up to 30 minutes. The phone will be available in five aluminium finishes, including, blue, green, black, white, and (PRODUCT) RED.

Apple iPhone 12 Mini price: Starting at Rs 69,900, the iPhone mini will be available for pre-order starting November 6 and will available on November 13.

It is designed to work with Apple Music, podcasts, radio stations from iHeartRadio, radio.com, and TuneIn, and in the coming months, popular music services including Pandora and Amazon Music.

Also read: Apple launches HomePod Mini for Rs 9,900; to be available in mid-November

Powered by Siri smart assistant, HomePod mini can be used for picking up an incoming call, listen to music on the Mac, or upgrade the TV experience by taking the sound from Apple TV to the next level. Later this year, it will get visual, audible, and haptic effects when sound transfers from one device to the other. 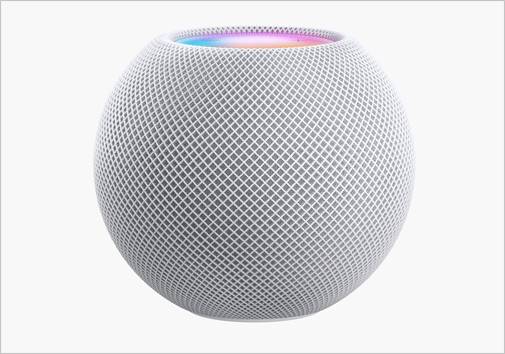 Apple HomePod Mini price: Priced at Rs 9,900, the HomePod mini can be ordered starting November 9 and will be available beginning the week of November 16.