Bringing 8-cores to the MacBook Pro for the first time, the laptops will be powered using faster 8th- and 9th-generation Intel Core processors 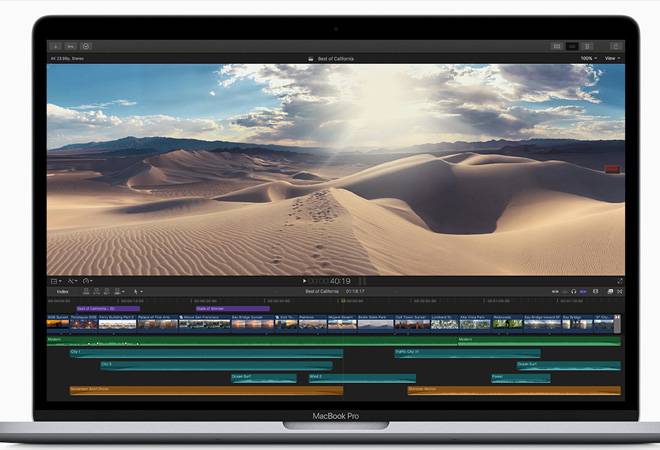 Expanding its MacBook Pro line-up, Cupertino tech giant Apple has announced the launch of the first 8-core MacBook Pro. Claiming it to be the fastest MacBook Pro ever, Apple has priced the updated 13-inch MacBook Pro with Touch Bar at Rs 1,59,900 and the 15-inch MacBook Pro at Rs 1,99,900. The machines will be available through Apple Authorised Resellers later this week.

Bringing 8-cores to the MacBook Pro for the first time, the laptops will be powered using faster 8th- and 9th-generation Intel Core processors. On the performance front, Apple claims that the MacBook Pro delivers two-times faster performance than a quad-core MacBook Pro and 40 per cent more performance than a 6-core MacBook Pro. Along with these powerful new processors, MacBook Pro features the best Mac notebook display ever, a stunning Retina display with 500 nits of brightness, support for the P3 wide colour gamut and True Tone technology, for a natural, true-to-life viewing experience. It also comes with incredibly immersive stereo speakers with wide-stereo sound.

The machines have Touch ID, dynamic and contextual controls with Touch Bar and a large Force Touch trackpad. Other features include fast SSD storage, the Apple T2 Security Chip for enhanced security, and Thunderbolt 3 ports for data transfer, charging and connecting up to two 5K displays or four external GPUs.

These machines can be used for compiling the code, processing high-resolution images, rendering 3D graphics, editing multiple streams of 4K video and more. In comparison to the fastest quad-core 15-inch MacBook Pro, the new MacBook Pro with 8-core processors is said to be up to two times faster. For instance, in real life scenarios, music producers will be able to play back massive multi-track projects with up to two times more Alchemy plug-ins in Logic Pro X, 3D designers will be able to render scenes up to two times faster in Maya Arnold, developers could compile code up to 65 per cent faster in Xcode and more.

"Now with 8-core processors for an incredible performance boost, along with its stunning Retina display, fast storage, all-day battery life and running macOS, MacBook Pro continues to be the world's best pro notebook and we can't wait to get it into our customer's hands to see what they do next," adds Boger.

Samsung Galaxy M40 to launch on June 11; here're the details