Realme 3 Pro to get support for 64MP Ultra HD mode. The phone will be exclusively sold via Flipkart in India 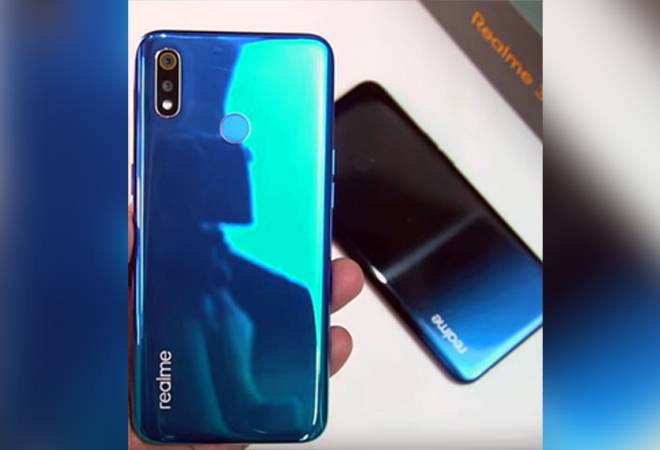 Realme 3 Pro is set to launch today during an event at 12:30pm in New Delhi. The launch event will be live streamed on the company's social media channels and its website. The successor to Realme 3, the Pro variant is expected to outshine Xiaomi's Redmi Note 7 Pro smartphone by offering better specs and will be a sub-20,000 phone. The phone will be exclusively sold via Flipkart in India.

Realme3 Pro has been teased several times on the social media cannels, with the latest being the capability of Realme 3 Pro to take 64MP shots. In a tweet, CEO of Realme, Madhav Seth said, "I tried using Ultra HD mode on rm3pro Amazing shots #64MP #SpeedAwakens Will show you the samples at launch event on 22nd April." Other than that the camera specifications include HDR support and a selfie camera with a resolution greater than 12 MP, similar to the one found on the Redmi Note 7 Pro. Other details have not been made public, but the rear camera is expected to come with a 48-MP sensor to take on Redmi Note 7 Pro's bigger camera.

As far as the internals are concerned, the Realme 3 Pro runs on a Snapdragon 710 SoC and comes with 6GB of RAM. In comparison, the Redmi Note 7 Pro is powered by Qualcomm's less powerful Snapdragon 675 chipset paired with up to 6GB RAM and 128GB of internal storage expandable via microSD card.

The Realme 3 Pro is expected to be priced at around Rs 12,599, which is the price of the outgoing Realme 2Pro. The price will surely be less than the price of Xiaomi's Redmi Note 7 Pro which is priced at Rs 13,999.

Spotted on Geekbench and Bluetooth SIG, the Realme 3 Pro features a 6.3-inch full-HD display and comes with a 3,960mAh battery, which is slightly less than the 4,230mAh battery found on the Realme 3. The leaks also disclosed the presence of ColorOS 6.0 user interface running on top of Android 9 Pie. The Realme 3 Pro's connectivity options will include 5 GHz WI-Fi, Bluetooth, and a fingerprint sensor.