Realme 5i has finally arrived in the Indian market with a quad camera set-up at the back, a massive 5,000mAh battery and Corning Gorilla Glass protection for its screen 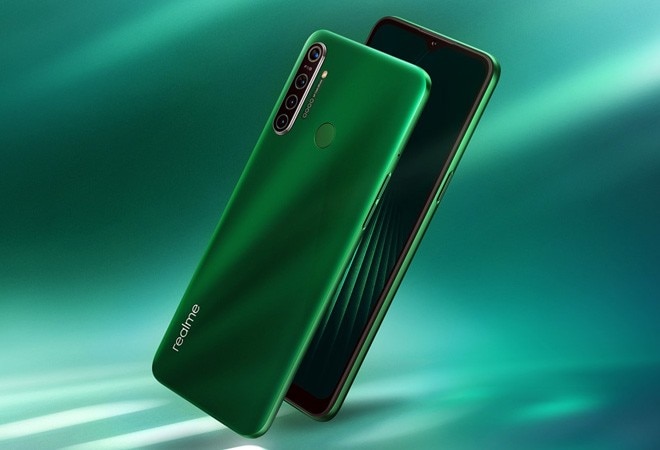 Realme 5i has been launched in India with an impressive package at an affordable price. The watered down version of Realme 5, the Realme 5i was first unveiled in Vietnam last week. The device has finally arrived in the Indian market with a quad camera set-up at the back, a massive 5,000mAh battery and Corning Gorilla Glass protection for its screen.

The front of Realme 5i sports a 6.5-inch LCD display with a waterdrop notch at the top. The device boasts a screen-to-body ratio of 89 per cent. The display has a HD+ resolution of 1600x720 pixels at 269ppi pixel density. The panel is covered by a 2.5D curved Corning Gorilla Glass 3 protection.

The waterdrop notch houses an 8MP front camera with 5P lens, and AI beauty and AI HDR capabilities. At the back, the Realme 5i features four cameras in a vertical bump. The primary camera is a 12MP sensor under 5P lens, 10x digital zoom, AI HDR, AI beauty, AI scene recognition, Chroma boost, super nightscape, panorama mode, expert mode and time-lapse mode. Other shooters include an 8MP wide-angle camera, a 2MP portrait camera, and another 2MP sensor for macros. The camera set-up comes with EIS for video recording. The Realme 5i can record 4K videos at 30fps and 1080p videos at 30fps. It also supports 120fps slow motion video capture.

On the inside, the Realme 5i runs Qualcomm Snapdragon 665 AIE coupled with 4GB of RAM and 64GB of internal storage. This is the only memory variant launched in India, whereas Vietnam got an additional 3GB+32GB variant. Internal storage can be expanded up to 256GB via microSD card. The device runs Android Pie out of the box with ColorOS 6.0.1 on top. The battery on Realme 5i is a 5,000mAh unit.

Connectivity options on Realme 5i include 4G LTE, 802.11 ac Wi-Fi, Bluetooth 5.0, GPS/A-GPS, 3.5mm audio jack and a micro USB port. In terms of sensors, the device features a fingerprint reader at the back, along with light sensor, proximity sensor, magnetic induction sensor, gyro-meter, and acceleration sensor.

The single 4GB+64GB variant of Realme 5i has been priced at Rs 8,999 in India. The device is available in Aqua Blue and Forest Green colour options. It will go on sale from January 15 at Realme's official website and Flipkart.

Under launch offers for Realme 5i, Reliance Jio subscribers can avail benefits worth Rs 7,500 on purchase. Payments via MobiKwik will receive 10 per cent SuperCash. Buyers can also avail exchange discount via Cashify.