The company has recently launched Mi Commerce, an online to offline initiative to connect shopkeepers and dealers with prospect buyers 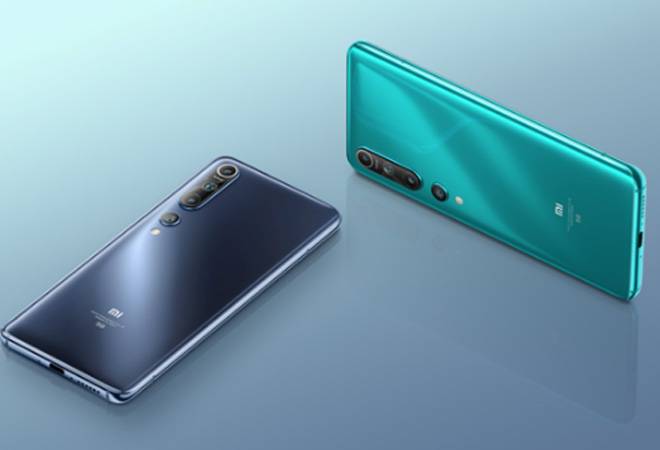 After much delay due to nationwide lockdown because of coronavirus outbreak, Chinese internet company Xiaomi is finally launching its flagship smartphone Mi 10 in India. Along with the smartphone, Xiaomi is also launching Mi Box and Mi True Wireless Earbuds.

Manu Kumar Jain, Vice President, Xiaomi, and Managing Director, Xiaomi India, says, "At Xiaomi, we believe in setting new benchmarks for innovation and disrupting the status quo in technology. With Mi 10, we aim to redefine the premium smartphone experience for consumers in India. This device is a pinnacle of smartphone design and engineering, pushing the boundaries of what's possible on a handheld device. With its flagship OIS enabled 108MP Quad Camera setup, UHD 8K video recording, world's fastest 30W wireless charging, we hope our users can create content in a way never thought possible before, with Mi 10."

Xiaomi is making a comeback in the flagship segment with the Mi 10 5g which has been priced starting Rs 49,999. Featuring a 6.67-3D Curved E3 AMOLED edge-to-edge display with TrueColor technology, it has Corning Gorilla Glass 5 protection at the front and back. Xiaomi says its 3D curved glass design and realistic haptic system ensure a comfortable in-hand feel and sophisticated haptic feedback for up to 150 different scenarios. It has a 90Hz display combined with 180Hz touch sampling. The device is powered by the latest flagship Qualcomm Snapdragon 865 chipset with eight Kryo 585 cores. It also features an X55 modem for lightning-fast 5G connectivity and supports 5G MultiLink for simultaneous connection to three networks (2.4GHz Wi-Fi, 5GHz Wi-Fi and mobile data) at once.

Available in two variants with 8GB RAM (LPDDR5) and 128GB or 256GB ROM (UFS 3.0), it is paired with the LiquidCool 2.0 - an advanced cooling system consisting of a large vapor chamber, as well as multi-layer graphite and graphene stacks that dissipate heat to ensure sustained peak performance.

Focusing on photography and videography, it houses an OIS-enabled 108MP quad rear camera setup. Along with the 108MP primary sensor, there is a 13MP ultra-wide-angle lens, with 123 degree FOV, a dedicated macro lens and 2MP depth sensor. It can capture UHD 8K video recording at 30fps.

RAW and LOG modes are also accessible on the Mi 10. Pro video mode features such as colour focus and shoot steady are designed to evoke the filmmaker in every user. Mi 10 packs in a 4780 mAh battery and is accompanied with 30W fast charger in the box. It also supports 10W reverse wireless charge, allowing users to charge other devices on-the-go.

Competing against the dominance of streaming dongles that convert non-smart TVs, smart, Xiaomi has launched Mi Box for Rs 3,499. A rival to Amazon's Fire TV Stick, Google's Chromecast, Airtel Xstream devices and Tata Sky Binge, this is an Android Box capable of downloading applications for streaming content. The Mi Box 4k runs on Android TV 9 and can be plugged into an existing HD, full-HD and 4k TVs via HDMI. The box supports popular streaming services such as Netflix, Disney+  Hotstar, Prime Video and more, and many more apps can also be downloaded from Google Play store. It has a compact and lightweight design, is powered by 64-bit quad-core processor and a Mali-450 GPU, backed by 2GB RAM and 8GB of flash storage. It supports both 2.4GHz and 5GHz Wi-Fi bands and also supports offline video playback, has Bluetooth 4.2 for connecting Bluetooth speakers, headsets and gaming controllers.

Priced at Rs 3,499, the Mi Box 4k will be available starting May 10 on mi.com Mi Homes and Flipkart.

The True Wireless Earphones 2 is claimed to be designed and tuned keeping in mind the audio preferences for music enthusiasts and features 14.2mm dynamic drivers. Wirefree earbuds  have an ergonomic slip-proof design. It features Environment Noise Cancellation (ENC) capabilities that enhance call quality. The earphones support LHDC with high-definition audio, SBC and AAC codecs, which help in reproduction of the original sound and also prevents vocal ranges from blending with instruments. The bundled case allows fourteen hours of playback in a single charge with the case and four hours of listening time otherwise. While the Mi True Wireless Earphone 2 has been priced at Rs 4,499, it will be available at a special price of Rs 3,999 from May 12 to May 17, on Mi.com, Mi Homes, Amazon.in and offline retail partner.

The company has recently launched Mi Commerce, an online to offline initiative to connect shopkeepers and dealers with prospect buyers.