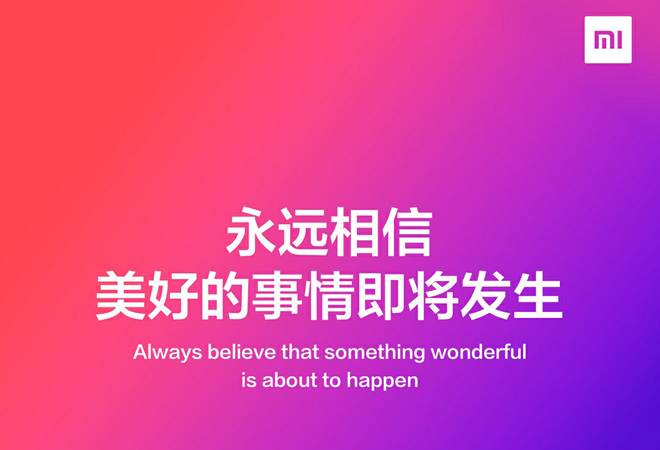 Xiaomi is wasting no time in 2019 and is already on its way to launch a bunch of phones at an event today. The Chinese smartphone major could launch Redmi 7 or Redmi Pro 2 to kick off 2019 for in style. The Redmi 7 specs have been leaked on TENNA and the Redmi Pro 2 might feature a massive 48MP camera. Besides these two, the event could possibly take the veil off the Redmi Go, Mi 9 or even the Mi Mix 4 smartphones.

Earlier yesterday, Xiaomi's official Weibo page issued a document saying "Tomorrow at 10 am, the first major event in the year", suggesting that important news will be announced today.

On December 2018, Xiaomi had teased a new 48MP camera phone on Weibo. Xiaomi's president Lin Bin shared the image of the phone. The image that was shared appeared to have a 48-megapixel camera positioned at the top left corner on the back of the phone. The image also showed the presence of dual LED flash. Lin's post suggested that the new camera will be launched next year in January. The phone could also feature either Sony's IMX586 sensor with effective 48-megapixels with minute 0.8 micron pixels or Samsung's ISOCELL Bright GM1 (or both).

Going by the statements of Manu Kumar Jain, Xiaomi India Head, the new 48MP phone could also land in India. Manu had said that the company is planning to launch a new phone with Snapdragon 675 processor in 2019. The Snapdragon 675 can support a 48 megapixel camera and it is likely that both Manu and Lin are talking about the same phone.

5 reasons why WhatsApp is not the best messaging app