Xiaomi launched the Mi 8, Mi 8 Explorer Edition and Mi 8 SE in China during the Mi Annual launch event in Shenzen, China. This new Xiaomi line up marks the company's 8th anniversary, and its foraying into the notch territory.

Xiaomi took the wraps off the Mi 8 along with a higher-placed Mi 8 Explorer Edition during the 8th anniversary celebrations in Shenzen, China. The Chinese tech giant also unveiled a mid-range offering Mi 8 SE along with its new flagship offering.

Xiaomi has also incorporated the notch with its new line up of Mi smartphones. All three devices have a display cutout at the top which takes the screen aspect ratio to 18.7:9. While the display cut-out on The Mi 8 and Mi Explorer Edition is broader than what we have seen on Android devices, the extra space has been used to house the required sensors for infrared face recognition.

As expected, the Xiaomi Mi 8 is powered by a Qualcomm Snapdragon 845 clocked at 2.8GHz with Adreno 630 GPU clocked at 710MHz. This is coupled with 6GB of RAM and either 64GB, 128GB or 256GB of storage. The new Xiaomi flagship has posted a score of 301,472 on Antutu benchmark, which is indicative of the most powerful smartphone to come from a Chinese manufacturer. Up front, the Xiaomi Mi 8 sports a 6.21 inch screen with a notch at the top. It is an AMOLED panel with a FullHD+ resolution (2248x1080 pixels) and captures 88.5 per cent of the front of the device. The device draws juice from a 3,400mAh battery with support for QuickCharge 4.0+ fast charge protocol. The device has a USB Type-C port and no 3.5mm audio jack. 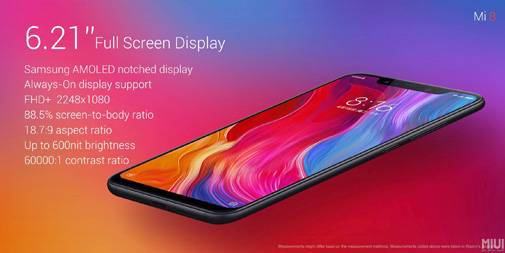 The camera on Xiaomi Mi 8 posted an overall score of 99 and photo score of 105 on DxOMark, a fact that was prominently mentioned during the launch event. The Mi 8 exceeds the iPhone X in both fields. During the launch event, Xiaomi said that it is trying to offer better imaging capabilities than the leaders in the segment like Apple and Huawei. Xiaomi also claims to have gone big on artificial intelligence with the camera on Mi 8, adjusting light settings according to the subject that is being photographed with AI scene identification. A new Studio Lighting Mode has also been introduced with the device which works similar to the portrait lighting mode seen on Apple iPhone X and iPhone 8 Plus. 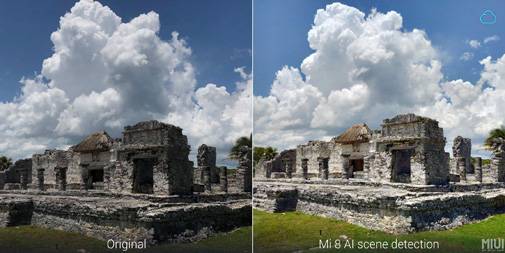 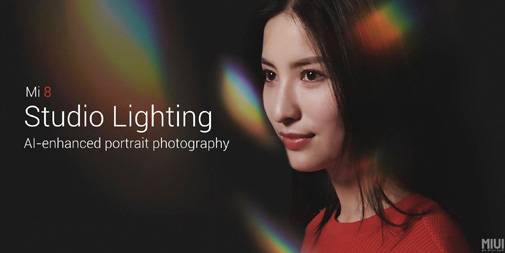 The Xiaomi Mi 8 also is the first device in Android ecosystem to bring hardware-powered facial recognition. The new Xiaomi offering uses an infrared light and an infrared sensor, placed in the notch, to scan faces and can even work in dark environments. 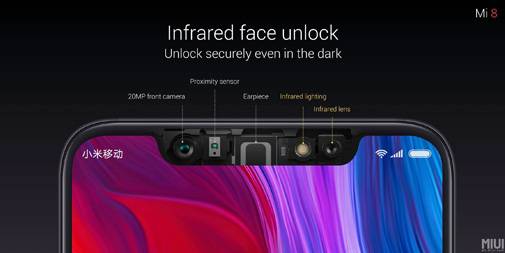 Another feature of the Xiaomi Mi 8 is dual-band GPS, which allows it to receive L1 and L5 signals simultaneously. This new feature eliminates interference from buildings and reduces signal delays which increase the accuracy of navigation.

The Xiaomi Mi 8 SE runs a Qualcomm Snapdragon 710 SoC under the hood, which is coupled with either 4GB or 6GB of RAM. The device has 64GB of internal storage. At the front is a 5.88-inch AMOLED display with a screen resolution of 2244x1080 pixels.

The back of Mi 8 SE has a 12MP+5MP dual camera setup, whereas the front has a 20MP front camera. Both cameras boast AI features, with scene recognition capabilities, AI Beautify, and AI background bokeh for the selfie camera.