Legacy of the Galaxy Note: What past phones reveal about the upcoming Galaxy Note 20

Samsung's Galaxy Note series of phones have been the most powerful and premium phones from the tech giant over the years. Here's what we can expect from the Galaxy Note 20 series. With the launch of the very first Galaxy Note smartphone, Samsung reinvented the smartphone game from the ground up. From that day back in October 2011, smartphones started getting bigger and more powerful. Smartphones, which till now had remained primarily communication devices, we're now starting to transition into full-fledged communication tools.

There were multiple reasons behind this, but prime among them was Samsung's realisation that a large chunk of the smartphone buying crowd expected their phones to do a lot more than just help them communicate with the world. Instead, what they wanted from their phones was the ability to double up as pocket computers that could help them quickly take notes during meetings and sift through long documents on the go.

Return of the S Pen

Over the years, Samsung Galaxy Note has established itself as a powerful productivity device, and one of the biggest reasons for this is the S Pen, which debuted with the first Galaxy Note launched in 2011. The S Pen is the key feature of the Galaxy Note that promises a seamless transition between work and life. Considering how big a hit it has been with the fans, it will be safe to say the Galaxy Note 20 will also get an S Pen at the time of launch.

Some of the major functionalities of the S Pen include Air actions that give you intuitive control with a wave of your hand. For example, moving the S Pen clockwise or counterclockwise can change the camera angle and capture a close-crop group shot or the whole scene. Users can also use the S Pen to turn up the sound by gesturing up or lower the sound by gesturing down -- all without touching the display or the volume keys on the phone. With the S Pen, users can also take down notes, which can then simply be tapped at and converted into readable text you can copy, paste, and share

Galaxy Note series phones have always been the most powerful and premium devices in Samsung's galaxy of smartphones. For this, the previous generation Galaxy Note devices have used the powerful flagship grade processors, and advanced cameras. This is a formula that is expected to again be repeated with the Galaxy Note 20.

The more premium of the two devices expected to be launched as part of the series, the Galaxy Note 20 Ultra, has already been leaked a number of times, and much of its spec sheet has already been revealed. And it appears, this device will carry forward the legacy of the Note 20 series by bringing with itself only the most powerful hardware available in the market right now. 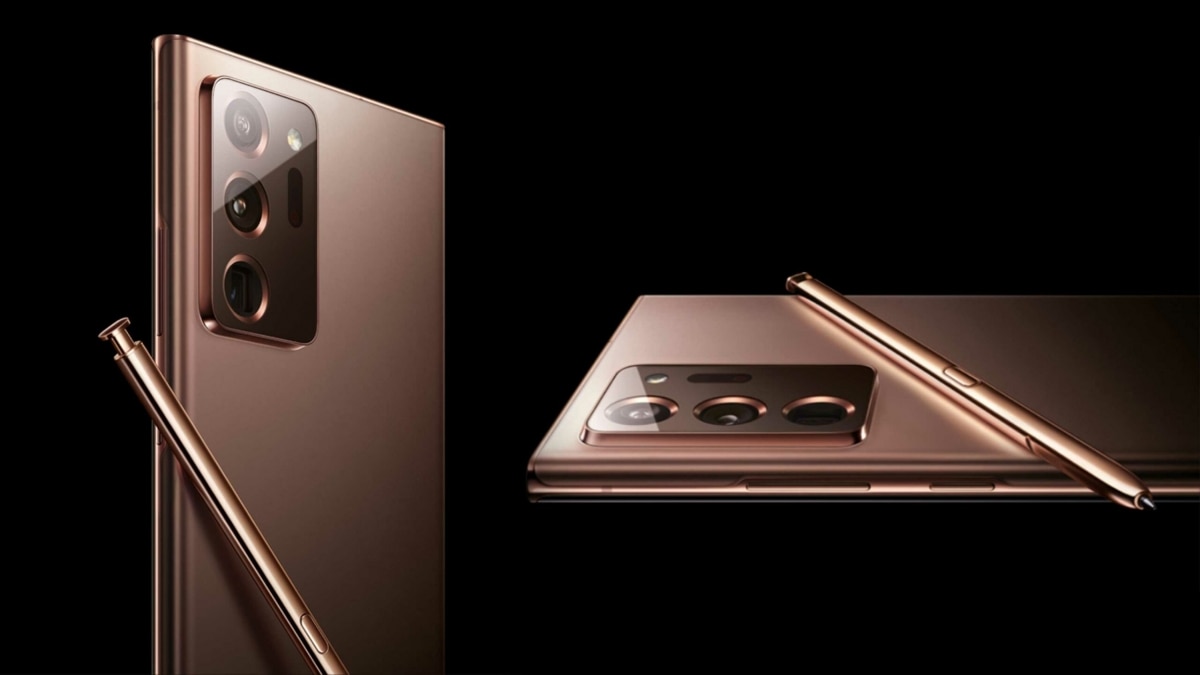 As for the core specs of the device, we don't know much at the moment. However, it is said that outside the US Samsung will stick to its in-house flagship Exynos chips, with reports suggesting Samsung could use its Exynos 990 chip for Note 20 and Note 20 Ultra.

Focus on cameras and battery

Another big highlight of previous Galaxy Note devices has been their focus on cameras and the promise of long-lasting battery life. This could very well be the case again with the Galaxy Note 20 series, with the Galaxy Note 20 Ultra reported featuring a 108-megapixel primary lens, 12-megapixel ultra-wide-angle lens, and 13-megapixel periscope lens. There will be laser autofocus on the device, however, Samsung could choose to not include a Time of Flight sensor in the module.

For battery, the Galaxy Note 20 Ultra is tipped to get a battery pack that's between the 4500mAh-5000mAh mark. This paired with super fast wired and wireless charging and the promise of an energy-efficient LPTO technology-based display could make this Galaxy Note 20 Ultra possibly the best Note device to date when it comes to battery life.

Why premium plans not flagged as new types of services, TRAI asks Vodafone and Airtel in latest letter