Xiaomi Mi 11 Lite is tipped for launch in mid-March. The phone is tipped to get a Snapdragon 732 SoC. 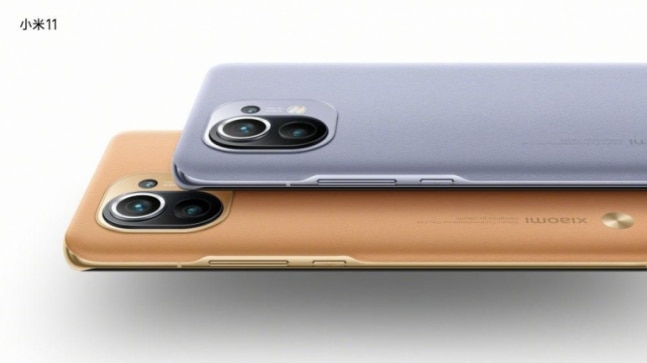 After being leaked by a Viatnamese YouTuber, Xiaomi's Mi 11 Lite has now been spotted again. The phone has been spotted with model number M2101K9AG and has received a certification from the Federal Communications Commission (FCC) authority.

The FCC documents reveal that the Xiaomi Mi 11 Lite will bring with it MIUI 12 and will be an LTE device. The suggestion is that the phone will be made available in two variants, with 6GB RAM+64 GB storage and 6GB RAM+128GB storage. There is also a suggestion that the phone will bring with itself support for dual-band Wi-Fi and Bluetooth 5.1. The listing also reveals that the device will get a 4,150mAh rated battery with a typical size of 4,250mAh. The battery will be able to charge at a speed of 33W fast charging technology.

Interestingly, the device's specifications and renders have leaked online giving us a hint about the details of the phone. As per the new leak, the Mi 11 Lite could come with a Snapdragon 732 SoC and may sport a triple rear camera setup at the back. This information comes courtesy of a Vietnamese YouTuber, The Pixel, who has published a video detailing specifications of Mi 11 Lite.

Earlier, the phone was leaked by a Viatnamese YouTube, who claimed that the phone could be an affordable offering and will be priced around VND 7,50,000 or VND 8,00,000. The reports suggest the device is expected to launch in Vietnam sometime around March-end and will be launched in two colour variants blue and black.

As for the specifications, the report suggests that Mi 11 Lite may bring with itself a full-HD+ IPS LCD display with 120Hz refresh rate. Under the hood, there's also a Snapdragon 732G SoC with 6GB of RAM and 128GB of internal storage. Apart from this, the triple camera set-up on the device is tipped to bring a 64-megapixel primary camera, an 8-megapixel secondary lens, and a 5-megapixel sensor. Additionally, the device is also expected to bring a rear fingerprint sensor, but the cutout is not noticed on the renders. We recommend you take this information with a pinch of salt until Xiaomi announces something in an official capacity.