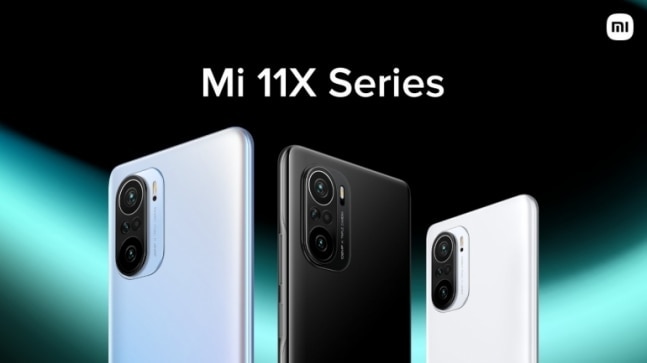 Xiaomi has launched two new affordable premium smartphones in India. The Mi 11X and Mi 11X Pro are the re-branded Redmi K40 and Redmi K40, respectively. The Redmi K40 series was launched in China earlier this year but Xiaomi has decided to bring it to India under the Mi branding. The line-up was launched alongside the more premium Mi 11 Ultra during the Mi Mega launch event. All three smartphones were launched during the online only event.

Xiaomi also introduced the Mi QLED TV 75 during the same event. It is company's largest and most premium smart TV in the country. Coming back to the Mi 11X smartphones, both the devices come with AMOLED displays, 120Hz panels and quad rear cameras. The difference between the two phones is in terms of the chipset used and main camera.

Both the smartphones cost more than their Chinese variants in India. This is because of the import duties levied on them. They will be available in three colour options - Celestial Blue, Lunar White and Cosmic Black.

Mi 11X and Mi 11X Pro share most of their features. Both smartphones feature the same 6.67-inch FHD+ Super AMOLED screen with a peak brightness of 1300 nits and 120Hz refresh rate. They have the same 4,250mAh batteries with support for 33W fast-charging. The smartphones also share the 20-megapixel selfie camera and side-mounted fingerprint scanner.

Mi 11X Pro will be powered by Qualcomm Snapdragon 888 chipset while the Mi 11X will pack Qualcomm Snapdragon 870 SoC. The Pro model will have a 108-megapixel primary sensor, 8-megapixel ultra-wide-angle lens, and a 5-megapixel macro lens. Xiaomi has added a zoom microphone on the Mi 11X Pro which allows users to record clear audio from a distance. The smartphone also comes with a dedicated dual speaker setup.

The Mi regular 11X has a 48-megapixel primary sensor while the other two lenses will remain the same.