Mi 11X to launch in India on April 23 alongside Mi 11 Ultra, might feature Snapdragon 888 SoC

Xiaomi has confirmed that it will launch the Mi 11X alongside Mi 11 Ultra in India on April 23. This will be another flagship-level smartphone from the company. 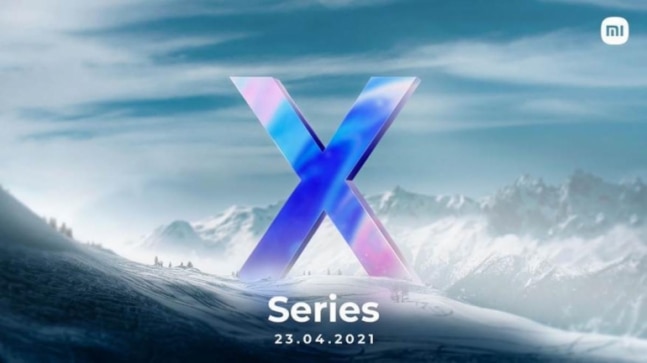 Jain’s tweet claims that the upcoming X-series smartphone has been customised for India.

Xiaomi has confirmed that it will launch the Mi 11X alongside Mi 11 Ultra in India on April 23. This will be another flagship-level smartphone from the company, likely to be positioned in a more aggressive category than the Mi 11 Ultra. This comes days after Xiaomi India chief Manu Kumar Jain had confirmed that the smartphone maker will be bringing more than one Mi 11 smartphones to India on the mentioned date. Mi 11 X will interestingly be a part of a new 'X' series from the company.

Jain confirmed the upcoming launch by stating that the X-series smartphone will offer 'Xtreme Performance' and an 'Xquisite design'. There is a chance that the Mi 11X will be Redmi K40 branded for the Indian market. It was launched in global markets as the Poco F3. Jain's tweet claims that the upcoming X-series smartphone has been customised for India. This means that the company might have made few changes to the phone.

If the Mi 11X turns out to be the re-branded Redmi K40, it is likely to feature a 6.67-inch AMOLED display with a 1,300 nits peak brightness. The peak brightness is more than what we recently saw on the Redmi Note 10 Pro Max. The Mi 11X comes with a 120Hz refresh rate and a 360Hz touch sampling rate.

The screen has a tiny hole-punch camera cutout for the 20-megapixel selfie sensor. On the back, the device has a triple-camera setup. It has a 48-megapixel AI primary camera, an 8-megapixel ultrawide sensor and a 5-megapixel tele-macro lens.

In China, the phone comes with Snapdragon 870 SoC but Jain has used a hashtag Snapdragon 888 which hints that the Indian variant might pack a Qualcomm Snapdragon 888 chipset. The device packs a 4,520 mAh battery. It supports 33W fast charging. The device runs Android 11-based MIUI 12 out of the box.

Xiaomi Mi 10T available at Rs 30,499 on Flipkart is a deal you shouldn't miss