Micromax set to launch in1 on March 19

Micromax will live stream the launch event on MicromaxInfo.com at 12 PM local time on March 19. 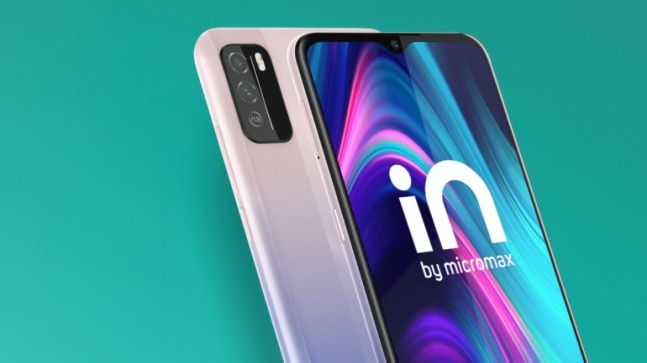 Micromax gearing up to launch a new smartphone in the Indian market. The company has shared an invite to the launch event on its website. The invite reveals that it is all set to launch the In1 on March 19. Micromax will live stream the launch event on MicromaxInfo.com at 12 PM local time on March 19. The company had made a comeback in the smartphone market in November with the Micromax In Note 1, the In 1B.

The event invite that Micromax has displayed on its official website resembles a movie/ theatre ticket. This could be taken as a hint that the smartphone might come with a big screen to focus on the multi-media consumption of the users. In the invite, Micromax says, "India ka Naya blockbuster. So grab some popcorn and get ready to witness the magic and masala of our latest production." The smartphone will be launched at 12 PM on March 19.

Micromax co-founder Rahul Sharma had confirmed earlier that the company will soon launch a 5G phone. He revealed that the engineers working at Micromax's Bengaluru research and development center working on a 5G phone. Sharma had hinted that the smartphone could be launched somewhere in April. We do not know if he was referring to the in1 or not. If this turns out to be true, the in1 would come with 5G support. But since Micromax has not shared any specifications of its upcoming device, it would not safe to believe everything that is available on the internet.

The in Note 1 comes with a 6.67-inch LCD with 1080p resolution. On the front, there is a punch-hole cutout that houses the selfie camera. It is powered by an octa-core MediaTek Helio G85 processor coupled with a Mali-G52 MC2 GPU paired with up to 4GB of RAM and upto 128GB of storage.

In terms of camera, the Micromax IN Note 1 comes with a 48MP main camera, along with a 5MP ultrawide camera, a 2MP depth-sensing camera, and a 2MP macro camera. On the front, there is a 16MP selfie camera.
The smartphone houses a 5000mAh battery that comes with 18W fast charging and reverse-charging.

OnePlus 9, OnePlus 9 Pro get 3C certification ahead of launch