Motorola will soon introduce a new smartphone by the name Moto G Stylus 2021. The phone will arrive with a built-in stylus to edit photos, take notes, and perform other tasks. 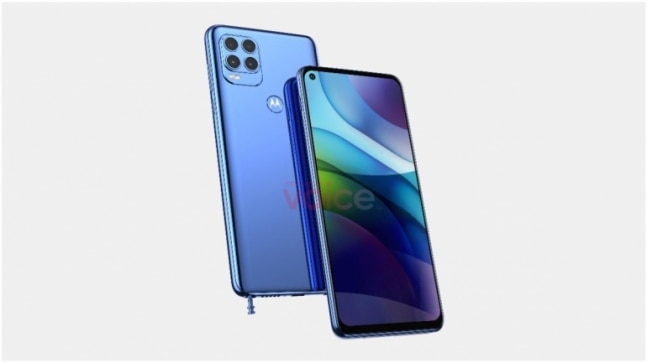 Just like any other smartphone maker, Motorola will also expand its portfolio by introducing new products this year. The company has its own Moto G family which is dedicated to mid-range phones. As per reports, Motorola will soon introduce a new smartphone by the name Motorola Moto G Stylus 2021. The phone will be a successor of Moto G Stylus launched in the first quarter of 2020 exclusively in the United States.

Courtesy of OneLeaks x VoiceHQ, we know what the new Motorola Moto G Stylus 2021 will offer. The image renders of the phone reveal multiple upgrades. The Moto G Stylus 2021 Edition will come with four cameras at the back in a rectangular camera module. The specifications of the cameras can possibly be -a 48-megapixel main shooter, an 8-megapixel ultra-wide lens, a 2-megapixel depth sensor and a 5-megapixel macro sensor. The rear panel also consists company's logo in a circular frame which can be the fingerprint scanner. On the front, the leaked images show a single punch-hole camera located in the top left corner. It will reportedly be a 16-megapixel camera. The resolution of the 6.8-inch display is said to be fullHD+ following a regular spec-sheet of a mid-range smartphone.

The frame of the smartphone holds some buttons. On the right, users will get two buttons which can be a power button and a volume rocker.

The Moto G Stylus 2021 will be powered by Snapdragon 675 chipset with up to 4GB of RAM and 128GB of ROM. To keep the phone alive, users will get a 4000mAh battery, the same as its predecessor. The company earlier claimed that users can drive at least two days of battery life from Moto G Stylus with this battery size.

Lastly, as the name suggests, the smartphone will be shipped with a stylus. The Moto G Stylus will have a holder at the bottom of the phone, similar to its predecessor, to store the pen. Also, reports say that the new phone will not do away with a 3.5mm headphone jack which is always a feature to count on for many users.

It is true that the Moto G Stylus 2020 Edition didn't make its way to India. But users can always keep an eye on the latest releases. Who knows if the Moto G Stylus 2021 Edition will be introduced in the country? If that happens, it is expected that the new Moto G stylus will fall under the Rs 30,000 category of the smartphones.