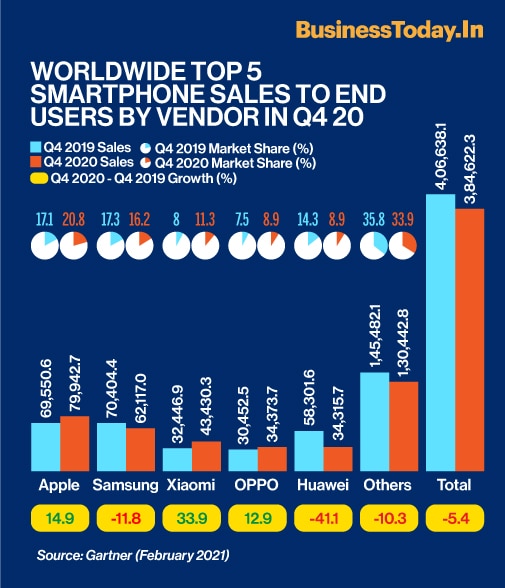 Anshul Gupta, senior research director at Gartner, said, "The sales of more 5G smartphones and lower-to-mid-tier smartphones minimized the market decline in the fourth quarter of 2020."

"Even as consumers remained cautious in their spending and held off on some discretionary purchases, 5G smartphones and pro-camera features encouraged some end users to purchase new smartphones or upgrade their current smartphones in the quarter," Gupta added.

With the popularity of the 5G iPhone 12 series, Apple overtook Samsung in smartphone sales in the final quarter of last year. Apple record double-digit growth in the fourth quarter of 2020. 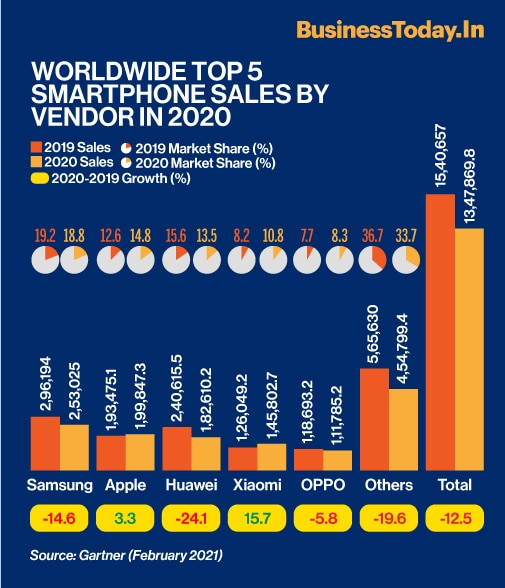 Huawei recorded the highest decline among the top five smartphone vendors which made it lose its second position to Apple in 2020. The impact of the Google App ban on Huawei's smartphones was detrimental to Huawei's performance in 2020 and negatively affected its sales.