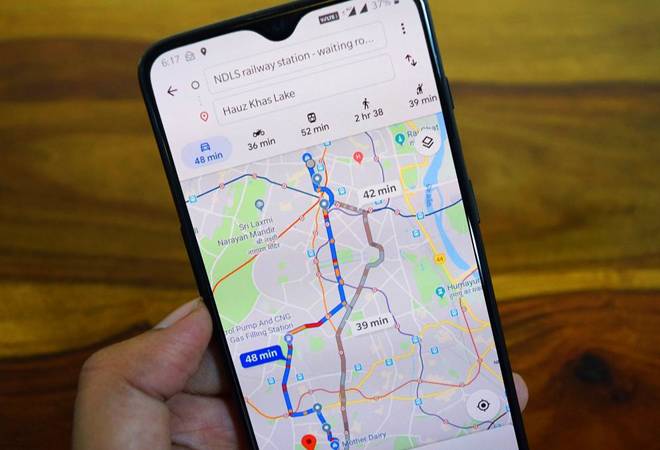 The most popular navigation app Google Maps has turned 15 today. The popular app started out as Google Earth in 2005. In order to celebrate the 15th anniversary of Google Maps, the tech giant has redesigned the icon of Google Maps. The new logo consists of Google Maps' signature blue, green, yellow and red colours.

Google CEO Sundar Pichai took to his Twitter handle to congratulate the app on completing its 15 years. Pichai also mentioned in his tweet that the app always helps him find veggie burritos, regardless of his location. He also wrote a blog on how Google Maps made his travel and commute easier.

Happy 15th Birthday @GoogleMaps! Reflecting today on some of the ways it’s been helpful to me, from getting around more easily to finding a good veggie burrito wherever I am:) Thanks to the support of our users, Maps keeps getting more helpful every day.https://t.co/Q4ky0pEpC3

In the blog, Pichai talked about his love for burritos. He also says that he has made a list of his favorite burrito restaurants on Google Maps. Pichai also laid down the future roadmap for the navigation app. He says his aim is to get digital addresses for people who do not have physical addresses. He also stated that these addresses will be based on coordinates and this will help people receive emergency services, personal mail and deliveries.

Google Maps will also get new features. The new Google Maps app is going to feature 5 tabs - Explore, Commute, Saved, Contribute and Updates. Earlier, the app had only two tabs - Explore and Commute. The Explore tab helps you locate restaurants, tourist destinations and other places near your location.The tab also comprises of details such as ratings, reviews and the highlight of the place.

The Saved tab allows the users to save the places they go to frequently. Apart from this, the feature also allows you to post recommendations on the basis of the places you have visited. The Contribute and Updates tab are based on the information provided by the users. Using the Contribute tab, you can share details about any place. The Updates tab also helps the users to interact directly with the businesses.

Google also says that the updated app will have some India-specific features such as the Two-Wheeler Mode and a feature to display bus travel timings as per live traffic. Apart from this, the other India-specific update promised is the live train status.