After the 2017 Q3 festive quarter, the smartphone category saw a sharp dip of 22 per cent quarter-over-quarter (QoQ) in 2017 Q4 as vendors focused on clearing channel inventory, says the report. However, it registered a healthy 18 per cent growth compared to last year's weak quarter, which was impacted by demonetisation. 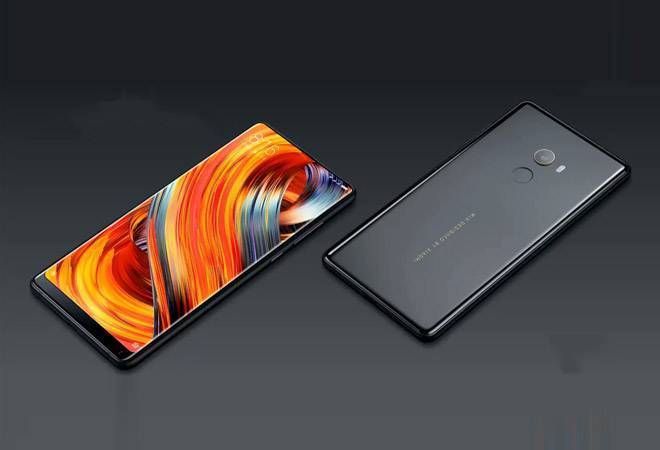 The Indian smartphone market is witnessing a boom with mobile companies making a kill in the third largest smartphone market of the world. From domestic manufacturers like Reliance Jio to global giants like Samsung and Xiaomi, companies want to jump the bandwagon of growth to cash in the rising demand. In 2017 alone, the country's overall smartphone market registered 14 per cent annual growth with a total shipment of 124 million units, the International Data Corporation's (IDC) Quarterly Mobile Phone Tracker says. The current growth numbers make India one of the fastest growing markets amongst the top 20 smartphone markets globally.

The report says a slowdown was witnessed in the market in late 2016, partly due to demonetisation initiative launched by the Modi government and the scarcity of mobile phone components. However, the market regained momentum and achieved double digit growth in 2017 with a record 56 million feature phone units shipped in last quarter of 2017 alone. On the global front, the world's largest smartphone market, China, saw its first decline this year, while the USA was relatively flat, says the IDC report.

After the 2017 Q3 festive quarter, the smartphone category saw a sharp dip of 22 per cent quarter-over-quarter (QoQ) in 2017 Q4 as vendors focused on clearing channel inventory, says the report. However, it registered a healthy 18 per cent growth compared to last year's weak quarter, which was impacted by demonetisation.

China-based vendors have further strengthened their positions in the smartphone category with the collective share of China-based vendors reaching 53 per cent in 2017 from 34 per cent a year ago. "The untapped demand in the lower-tier cities remains the key attraction for China-based brands to explore the growth trajectory in India. Their strength in their home market of China and weakening position of local players has helped some of these China-based players to solidify their operations in India," says Jaipal Singh, Senior Market Analyst, IDC India.

India is the world's biggest feature phone market. The year 2017 witnessed a 17 per cent annual growth in the feature phone market after declining for three consecutive years. While feature phones remain relevant to a large consumer base in India, the Indian telecom operator Reliance Jio shipped huge shipments of 4G enabled feature phones taking the leadership position on its maiden quarter in this category. This resulted in a total of 164 million feature phone shipments in 2017 from 140 million a year ago. In 2017 Q4, vendors shipped a total of 56 million units in the 2017 Q4 making it the highest-ever shipments in a single quarter. The category registered a huge 67 per cent year-over-year (YoY) growth and 33 per cent growth from the previous quarter.

Chinese smartphone maker Xiaomi registered an incredible performance in 2017, and its market share grew by nearly two-fold in Q3 2017. The company grabbed the top spot from Samsung in the Q4 of 2017. Commenting on the key trends of 2017Q4, Upasana Joshi, Senior Market Analyst, IDC India, said: "Xiaomi taking a lead over Samsung in the smartphone market and Reliance Jio emerging as the leading feature phone company in India were the two key highlights of the last quarter of 2017." She added: "The growth of both the vendors was propelled by their aggressive pricing. Xiaomi's offline expansion and higher marketing spends were other key factors for the vendor's high shipments in the seasonally low quarter."

Xiaomi, whose market share in Q4 2017 grew to 26.8 per cent, tripled its shipments on YoY basis and sold more than 2 million units from its offline channel. Xiaomi has expanded itself by foraying into offline Mi stores. Samsung, which slipped to second position in the smartphone ranking in the last quarter of the year, retains top spot in the overall year.