HealthifyMe's unique selling proposition is its AI-based voice assistant called Ria, which acts as a health coach and helps users in their fitness journeys. 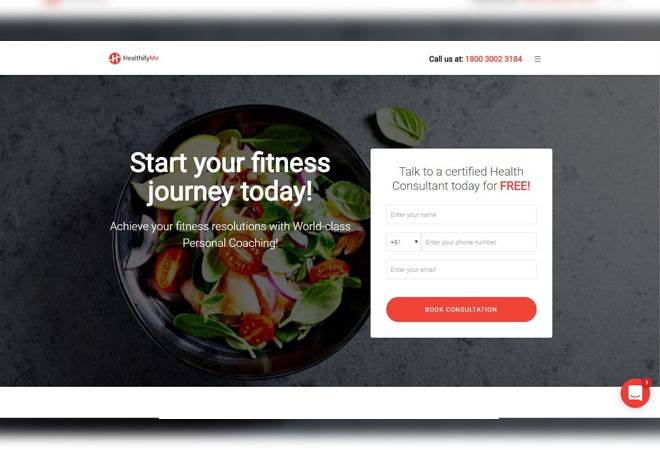 Voice assistants are the highlight of the season, and fitness, talk of the town. So, what if there is a voice assistant, who could help you stay fit? Keeping a track of your health could be pretty challenging and while there are smart watches around to help you track your sleep, exercise, pulse rate etc., most of them don't take into account an important factor for staying healthy: Food. Keeping track of your food and nutrition being consumed, is a major headache for the fitness enthusiasts in the country, as most apps present in the space have been developed abroad and lack in-depth information about Indian foods. HealthifyMe, a Bangalore-based company, is trying to solve this challenge in the country.

Tushar Vashisht, co-founder and CEO, HealthifyMe moved to India in 2010 after his stint as an investment banker in the US and Singapore, to join Nandan Nilekani's Unique ID (Aadhar) project. However, after the move, he gained 20 kilograms in two years, due to the inability to exercise.

"To reverse that, I started tracking my own nutrition. But on websites developed overseas, we did not have Indian food available, so I felt this is something that should be built," says Vashisht. He teamed up with Sachin Shenoy in 2012 to develop further the idea and finally launched the website in 2013.

The start-up, which started out as a website, has come a long way since then.

The company's unique selling proposition (USP) is its AI-based voice assistant, which acts as a health coach and helps users in their fitness journeys. Called Ria, the health assistant, has the ability to decide the nutritional value of a food being just by pictures. Ria can answer fitness-related questions asked by the users and give suggestions about foods to eat, exercises etc. based on the past dataset fed by the user. She also does away with the hassle of feeding into the app, food items you are eating to keep track of your nutrition, as is the case with most fitness apps. Here, you can just click a picture of the food you are eating and Riya gives you the calorie count.

For instance, when Vashisht asked Ria what he had for lunch yesterday, to demonstrate its capabilities to the writer, she not only told him that he had 'aloo parantha', she also told him how many calories the food had and that he should head out for a walk to burn those calories as it was a pleasant day in Delhi.

The app has a 'freemium' model and while there are plans that cost as much as Rs 1500, where you get connected to a nutritionist and a trainer, it also has a smart plan at just Rs 299, which is completely Riya-powered.

According to Vashisht, Ria has gained massive popularity amongst their over 8 million users in India, South East Asia and Middle East and most people want to connect with her instead of human trainer and nutritionists. The app claims to have 500 nutritionists and trainers on board on its platform.

Besides Ria, the app's growth has also been fuelled by growing consciousness about health and fitness in the country and rising disposable income.

"In 2017-end, we had about 200 million foods tracked, 8 million messages exchanged and broadly 3 million customers on our app. Today we have tracked 650 million foods, 80 million messages have been exchanged and we are over 8 million users now. In 2017, we had 336 employees, and now we are 650 employees. So, you can see much of the growth has happened in last one year," says Vashisht. In fact, out of the total $25 million funding that the company has raised so far, $18 million have been raised in the last 12 months. The start-up has been funded by Samsung NEXT, Chiratae Ventures, Inventus Capital, Blume Ventures, Innoven Capital among others.

"The industry is just catching on. Health and fitness is becoming a very important part of everybody's lifestyle," he adds.

The start-up is trying to tap on this trend not just in India but in other developing countries too. The app is already present in Malaysia, UAE and Singapore and is soon going live in Indonesia too. "Rio and emerging markets are the focus areas for us," informs Vashisht.

The company is now building Ria 3.0, which will have better capabilities and will be conversant in Hindi, Tamil, Arabic, and Malay, besides English.

WhatsApp promises to check fake news before 2019, without snooping on users; here's how