The F series of devices, which is being launched in India first, will make its debut during Flipkart's Big Billion Days (BBD) sale and help Samsung cash in on the festive demand 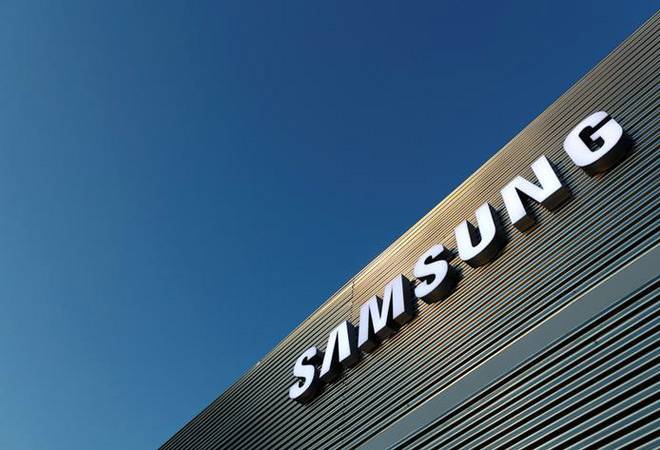 Samsung on Thursday said it has partnered with Walmart-owned Flipkart to launch Galaxy F series smartphones in India as the Korean tech giant looks to further strengthen its position in the online retail segment. The F series of devices, which is being launched in India first, will make its debut during Flipkart's Big Billion Days (BBD) sale and help Samsung cash in on the festive demand. The dates of BBD sale are yet to be announced.

Samsung had launched its India-first 'M' series last year in the country with Amazon. "Galaxy F has been designed in India in collaboration with Flipkart and will offer a feature-loaded option for young consumers. Galaxy F's proposition is 'full on' - the lifestyle that defines today's young Gen Z consumers," Asim Warsi, Senior Vice President and Head of eCommerce Business at Samsung India, told PTI.

The F series will include devices priced in the USD 200-250 (about Rs 14,700-18,500) range, he added. Warsi said the F series, which will be launched during Flipkart's BBD sales, will play a key role in helping Samsung's online sales grow more than 50 per cent during this year's festive season as compared to last year's festive sale.

The company is looking at exiting the year with a market share of 30 per cent in online channel in value terms as compared to 15 per cent last year, he noted. Hoping to re-capture its pole position from rival Xiaomi, Samsung had launched the 'Galaxy M' series in India in February last year. Xiaomi has a dominant position in online smartphone sales and has been aggressively expanding its offline presence over the last many quarters.

Samsung expects its online business in India to grow at 35 per cent in 2020 over the last year, driven by strong overall demand and success of its M series of devices. of 2020, in less than 2 years, the M series franchise would be in excess of USD 3.5 billion in consumer-facing merchandise value, it had said.

The M series, which has been expanded to many other markets since its debut in India, is expected to touch 20 million units in cumulative sales (from February last year to the end of 2020) in India. According to research firm Counterpoint, Xiaomi led the tally with a 29 per cent share of the smartphone market, followed by Samsung (26 per cent), Vivo (17 per cent), Realme (11 per cent), Oppo (9 per cent) and others (8 per cent) in the June quarter.

In a separate report, the research firm had said online channels accounted for 43 per cent share of the Indian smartphone sales in the June 2020 quarter and attributed the increase in online channels' share to a shift in consumer behaviour, who are now preferring contactless shopping experience and practising social distancing. Samsung has been aggressive on online channels and increased its share to 25 per cent, its highest ever on digital platforms, the report had said.

Talking about the F series, Warsi said the series is built on Flipkart's deep consumer understanding and Samsung's innovation prowess. Galaxy F41 will be the first smartphone to be launched in the F Series. Specifications and pricing details are expected to be provided at Samsung's 'Full On Festival', scheduled for October 8.

"Our strategic partnership with Samsung reinforces our commitment to make the latest in technology accessible to over 250 million customers across Bharat, during a time when smartphones are bringing immense value to people's lives," Flipkart Group CEO Kalyan Krishnamurthy said. E-commerce companies see a large chunk of their business coming in during the festive sales and they make significant investments ahead of time to ramp up their capacity to be able to handle the spike in orders. Electronics, fashion and home furnishing are some of the categories that see a huge demand during the festive season.

Safety to be predominant factor in TikTok decision: Donald Trump