As per the prosecution, even though McAfee earned millions of dollars, he did not file tax returns from 2014 to 2018. The authorities have charged him of not revealing his income earned through promotions of digital assets, speaking engagements and consulting jobs 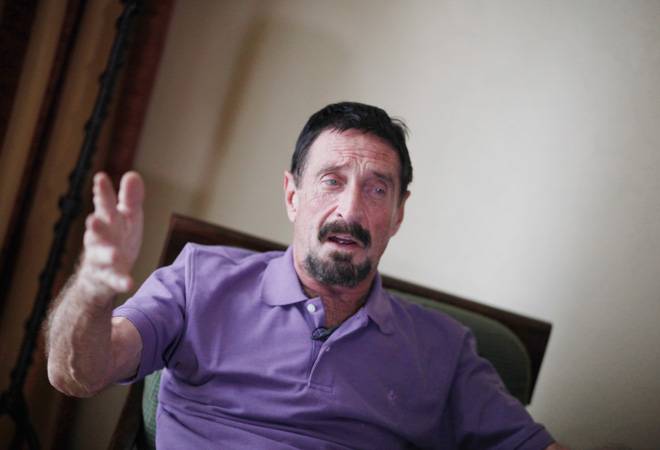 John McAfee, the founder of cybersecurity software McAfee, has been arrested on tax evasion charges in Spain. As per the US Justice Department in Washington, John McAfee failed to pay income tax for four years from 2014 to 2018. Apart from that, he's also accused of hiding real estate assets, vehicles and a yacht in the name of others. The US authorities will now extradite him from Spain to the US.

As per the prosecution, even though McAfee earned millions of dollars, he did not file tax returns through these years. The authorities have charged him of not revealing his income earned through promotions of digital assets, speaking engagements and consulting jobs. The US Securities and Exchange Commission has also accused him of hiding information that he was being paid for promoting cryptocurrencies, Bloomberg reported.

The money he earned through these engagements was allegedly paid in others' accounts. Now the cybersecurity pioneer is facing around 1-5 years of jail term if he's found guilty of the charges.

Notably, the software mogul's name is synonymous with controversies. He was previously dragged in a murder case in Belize, a Caribbean country. In 2018, he was accused of carrying huge cache of arms and ammunition in Dominican Republic. If that's not enough, he announced his candidacy for US Presidential polls 2020 this year, only to drop from the race in March.

As per the US SEC, he promoted at least seven initial coin offerings on Twitter and received over $23 million as commission. The income was not revealed to the tax authorities. He had time and again expressed his confidence in cryptocurrencies despite the downward trend shown by even the popular ones - Bitcoin, Ethereum and Litecoin - on the back of regulatory restrictions. Towards the end of 2017, McAfee predicted that Bitcoin will attain the value of $1 million per coin by 2020. He has reportedly spoken in favour of several cryptocurreny firms with dubious backgrounds.

John McAfee founded the software company McAfee Associates in 1987. The company's first commercial antivirus software McAfee was a huge success, and the business now produces a range of enterprise security software. McAfee quit the company in 1994. It was purchased by Intel in 2011 and further by TPG Capital in 2017, which owns a majority stake in the company.