News
TECHNOLOGY
News
Apple joins Google, other tech firms to back Ukraine in its war with Russia

Apple joins Google, other tech firms to back Ukraine in its war with Russia

Apple has stopped all its product sales in Russia and has disabled the Apple Maps feature in Ukraine.

Big tech companies like Apple have chosen a side in the ongoing war between Russia and Ukraine. And, well, things on the tech front are not looking great for Russia.

Apple said it has stopped “all exports into our sales channel” in Russia and has limited services like Apple Pay. Additionally, apps like RT News and Sputnik News have been made unavailable for download from the App Store outside Russia.

Apple confirmed to BuzzFeed News that it no longer supports Russian bank Novikombank after Russian citizens reported that they were facing issues using Apple Pay to pay for items while overseas.

I’ve contacted @tim_cook, Apple's CEO, to block the Apple Store for citizens of the Russian Federation, and to support the package of US government sanctions! If you agree to have the president-killer, then you will have to be satisfied with the only available site Russia 24. pic.twitter.com/b5dm78g2vS

Additionally, Apple has also disabled traffic and live incidents in Apple Maps inside of Ukraine “as a safety and precautionary measure for Ukrainian citizens”.

Apple’s move follows Google’s decision to temporarily disable “some live Google Maps features in Ukraine, including the traffic layers and information about how busy places are, to help protect the safety of local communities and their citizens”.

“With each new image of families fleeing their homes and brave citizens fighting for their lives, we see how important it is for people around the world to come together to advance the cause of peace,” Cook wrote in a letter to employees.

“This moment calls for unity, it calls for courage, and it reminds us that we must never lose sight of the humanity we all share,” Cook added. 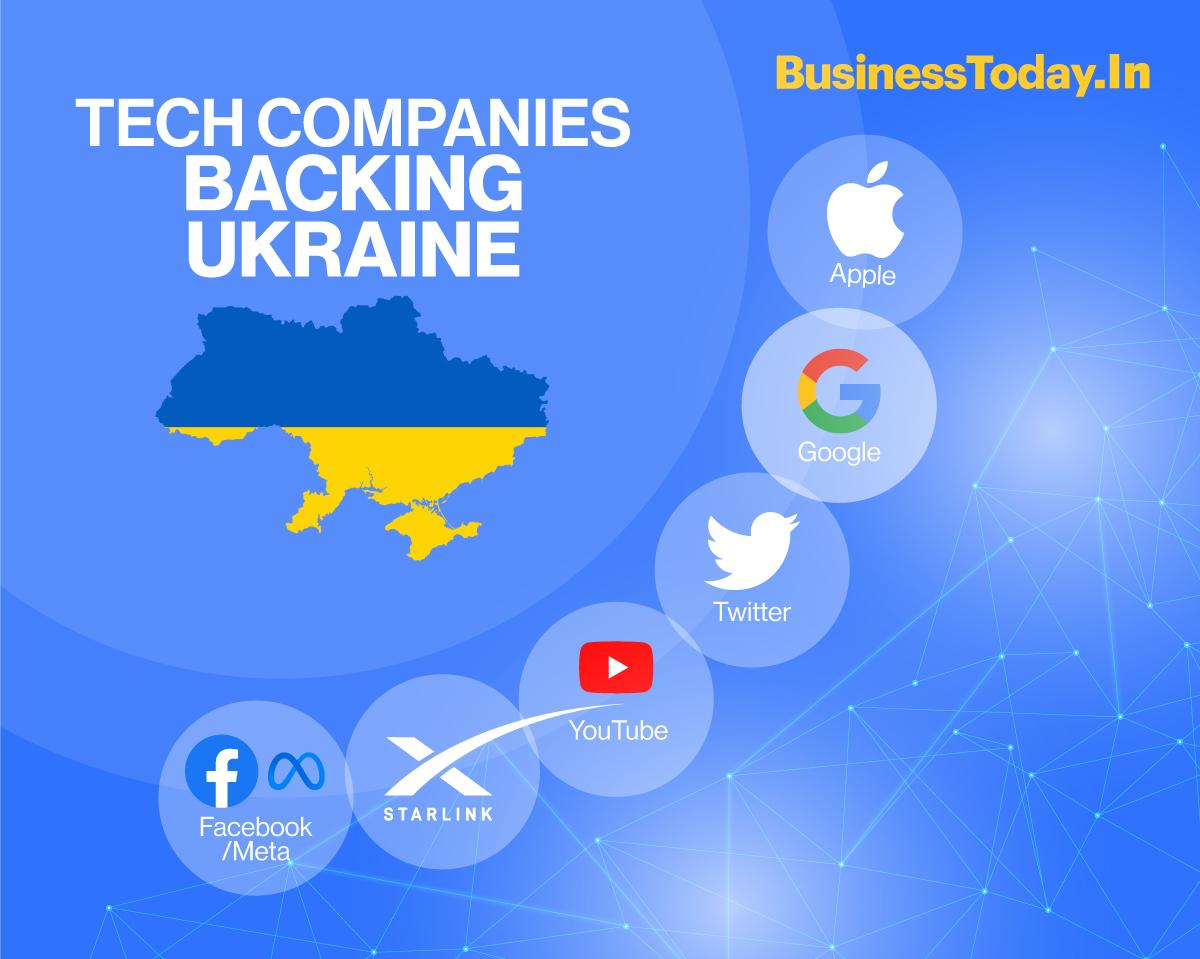 Facebook announced on March 1 that it has ceased recommending Russian state media worldwide on the platform. The company also is applying labels to other Russian state media posts while blocking ads and monetising content, as announced by Facebook’s Head of Security Policy Nathaniel Gleicher on February 26 on Twitter.

1/ We are now prohibiting Russian state media from running ads or monetizing on our platform anywhere in the world. We also continue to apply labels to additional Russian state media. These changes have already begun rolling out and will continue into the weekend.

The platform has also set up a Special Operations Center that will help the company monitor the ongoing conflict and respond to it quickly. Facebook has introduced a “one-click-tool” in Ukraine that will allow users to lock their profiles instantly so that those outside their friends’ list can no longer see their images, posts, and other information.

Besides both Google and its employees contributing $15 million in donations and in-kind to Ukraine for aid relief, the company has also pitched in with $5 million in ad credits to help trusted organisations working on relief efforts in the affected areas.

Google has also set up an SOS Alert on Google Search that is available across Ukraine. This feature alerts people and guides them towards United Nations resources for refugees to help with evacuation and refugee information.

The company has increased account security to reduce the chances of them getting hacked while also limiting the reach of disinformation campaigns online. Google Europe shared a Twitter thread on February 26 explaining the security updates.

Google’s focus on 2FA (two-factor authentication) and stronger passwords was echoed by YouTube’s Creator account on Twitter which encouraged users to use 2FA to protect their accounts and also report abuse and inappropriate content on the platform.

The company has started blocking YouTube channels connected to RT and Sputnik across Europe which also means that it has paused monetisation options for Russian state-funded media on the platform.

The micro-blogging platform was prompt with issuing a whole series of tweets in Ukrainian to help users there protect themselves and their accounts. The long thread of tweets included guides and suggestions regarding steps and precautions a user in a conflict zone might want to take.

Additionally, the platform temporarily paused ads in both Ukraine and Russia so that relevant and critical public service information gets precedence without ads cutting in.