Apple has been enforcing App Privacy labels since December 2020, and Google has been slow to support the feature

US-based tech giant Google has quietly updated its App Privacy labels to the Gmail app on Apple App Store. After YouTube, Gmail is now the company's second major app to get a privacy label. Some popular Google apps that are widely used by iPhone users are Google search, Photos, Gmail, Docs, YouTube and Drive. 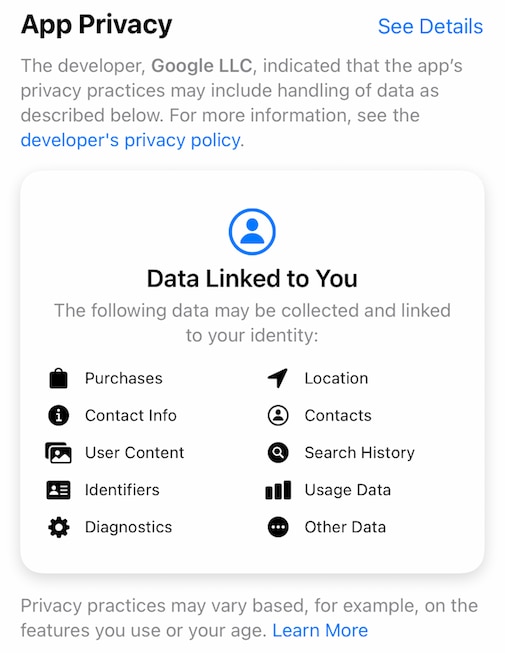 Earlier this month, Google's Gmail app was showing warnings about the app being out of date as no new security features were added, but Google eliminated that without pushing an update to the app. It's been two months since the Gmail app last saw an update.

Google, talking about adding labels to its apps, said that it would only add privacy labels to the app when the updates are available, "As Google's iOS apps are updated with new features or to fix bugs, you'll see updates to our app page listings that include the new App Privacy Details. These labels represent the maximum categories of data that could be collected -- meaning if you use every available feature and service in the app. The data you provide to Google products delivers helpful services to you, and you can always control your privacy settings by visiting your Google Account or going directly to the Google products you use on iOS," said the company in a blog.

Apple has been enforcing App Privacy labels since December 2020, and Google has been slow to support the feature. Apple said that all app developers are required to add privacy labels to their apps, which would let the users know how much data an app is collecting from them.

In early January, Google said it would add privacy data to its app catalogue "this week or next week," but by January 20, most apps were still not updated with the App Privacy labels.