This is a phenomenal growth of the short-form content from the Q1, 2021 when they had been able to capture 97 per cent of TikTok's userbase.

Despite the TikTok ban, domestic apps have significantly grown in the past one year and short-form video continues its growth journey as it shows continuous increase in engagement outside top-50 cities. Photo: Reuters
Bismah Malik

Short-video platforms in India have garnered nearly 230-250 million monthly active users (MAUs) in India, almost 32 per cent higher than the popular app, TikTok, an analysis by Redseer Consulting suggested. TikTok at the time of its ban in India last year had 170 million MAUs, Ujjwal Chaudhry, Partner Redseer Consulting told Business Today.In in reply to a question. He said the home-grown short video apps have surpassed the TikTok user base with 137 million daily active users (DAUs).

This is a phenomenal growth of the short-form content from the Q1, 2021 when they had been able to capture 97 per cent of TikTok's userbase. Bytedance-owned TikTok which counted India as one of its strongest global markets and the country accounted for 30 per cent of the overall 600 million downloads, was banned by the Indian government along with 58 other Chinese apps following concerns over national security and data privacy. 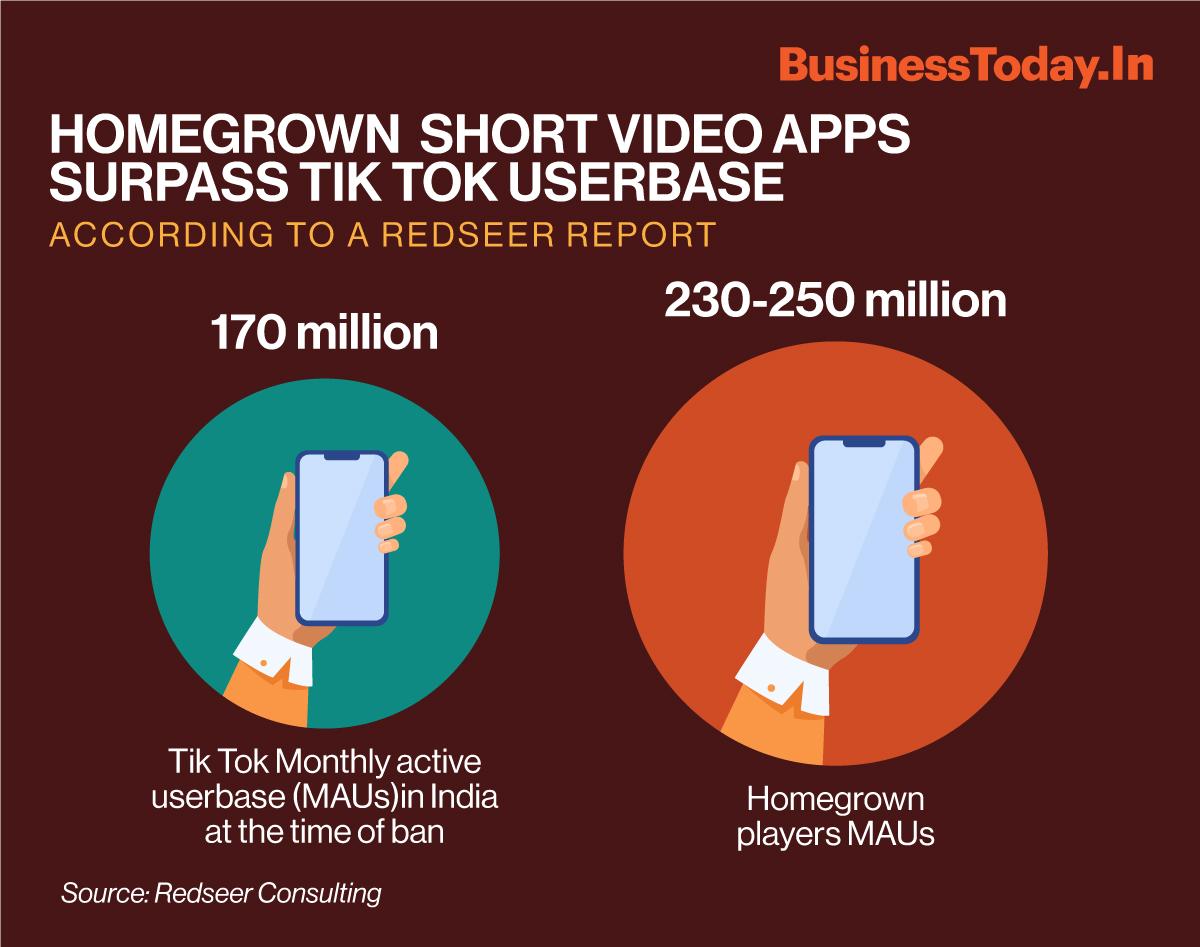 A similar concern for the $100 billion start-up Bytedance grew in the US last year where it was in talks with Microsoft for a buyout. In India, however TikTok's talks with the corporates have fallen through.

Despite the TikTok ban, domestic apps have significantly grown in the past one year and short-form video continues its growth journey as it shows continuous increase in engagement outside top-50 cities and currently accounts for 9 per cent of time spent on overall content consumption, according to the report.

India's short-form video apps, including Josh, Roposo, Moj and MxTakaTak have been able to leverage the local language features, simple interfaces as well as accelerated digital adoption during the pandemic and lockdowns. 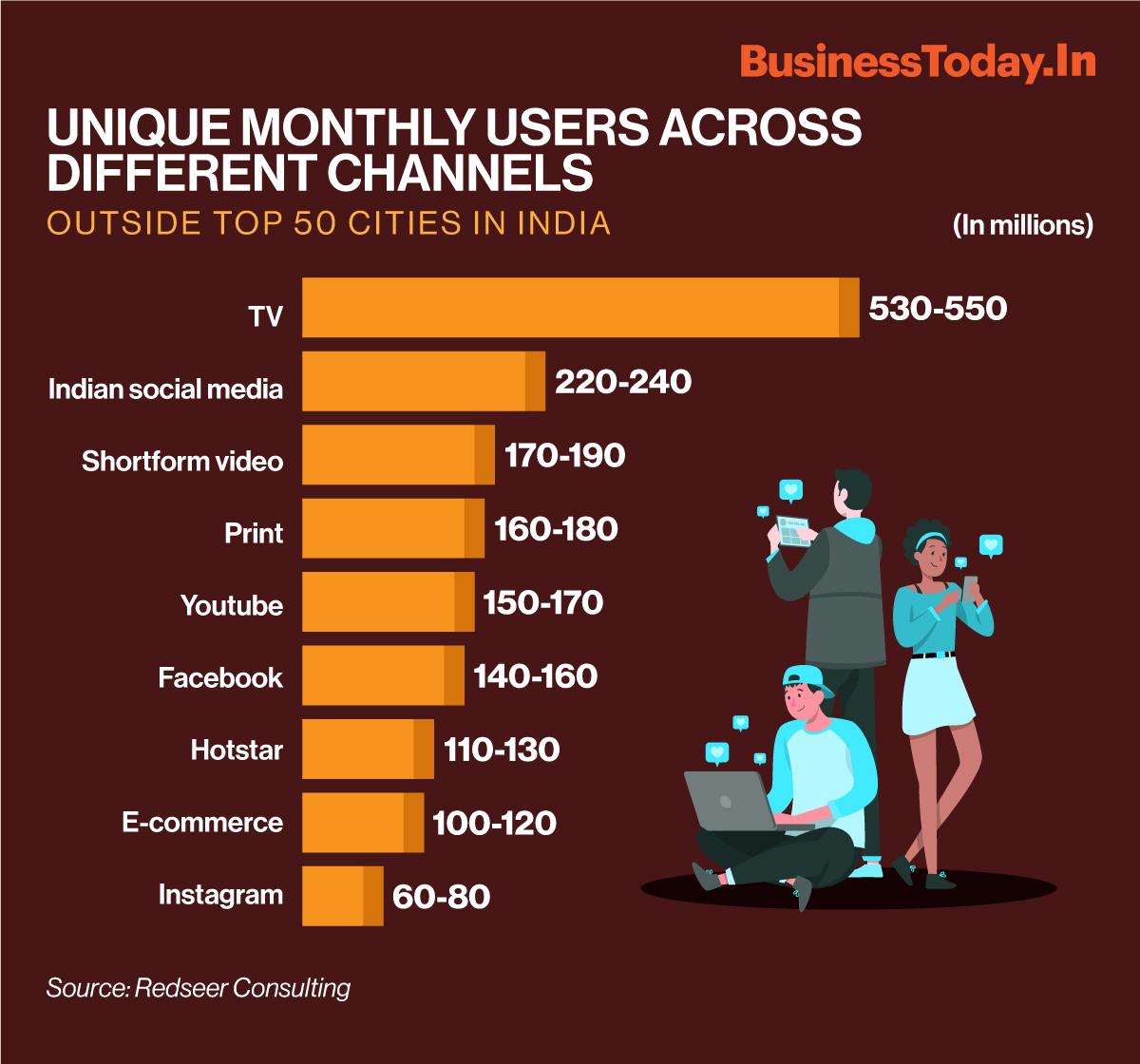 Although Facebook as a social media platform has captured the audiences in this crucial belt with 140-160 million MAUs, its Instagram Reels are yet to impress Indian users beyond metros and Tier 1 cities.

According to the report, Instagram has currently the lowest audience with 60-80 milion MAUS in these areas.

"Instagram Reels' ability to be popular among masses in India beyond metros generates from the fact that the users in these areas are not too digitally savvy yet and have not yet understood the Reels feature fully compared to the local apps," Chaudhry said.

In terms of monetisation, the advertisement revenue from the short-form video content in India, according to the top Redseer executive, is at a nascent stage, and accounts for less than 1 per cent of the digital ad spend. "However, the ad revenue in the sector has grown more than ~3X in last 6 months and as the user base continues to rise, ad revenue will continue to grow. Live stream gifting and live ecommerce are also showing early signs of growth and will form an important monetisation opportunity for short-form players,"  Chaudhry added.